Anthony and I head off to Angelus hut for a NZAC Nelson section mid winter garthering's. Whisky tasting being the theme for this years trip.

Friday 26/06/2009
We meetup at Robert Ridge and I left my car there and we drove down to Kerr Bay for a ten o'clock boat trip up to Coldwater hut. 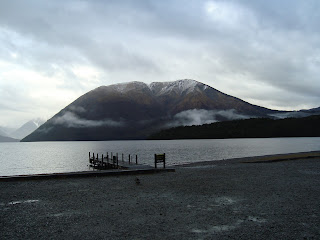 Boat ride up the lake was a bit chilly, silver grey day. 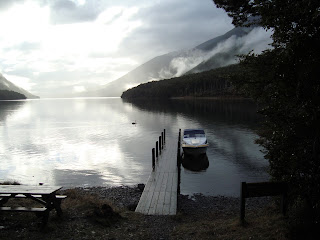 Walking up the Travers valley and the weather looked less and less like rain. 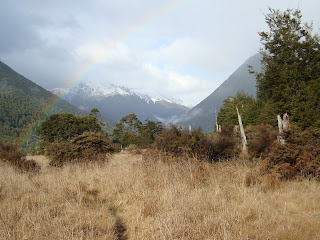 In the Hopeless valley and the water falls close to the hut are all frozen. Went for a bit of a look and it would something to play on. 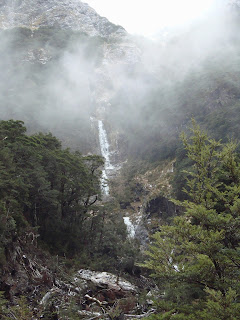 Got to the hut at 1451 hours, did a bit of firewood collecting because its a cold spot and would be a cold night. We where in bed before six thirty. 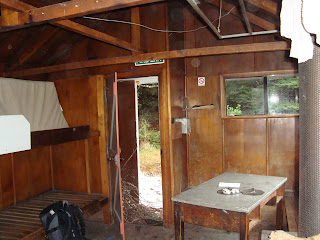 Saturday 27/06/2009
We left Hopeless hut just after nine, nice early start, heading to Angelus via Sunset Saddle, looking ok at the head of the valley. Should be an easy crampon trip with the hard snow. 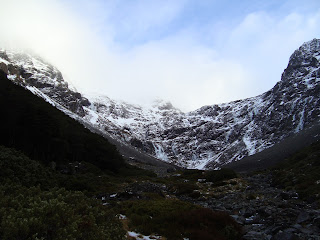 As we got towards the head of the valley it did warm up, but then there was no wind. 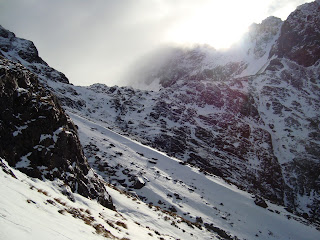 This type of walk can bring peoples grins out. Sitting here writing this much later  in a house all I feel is the urge to be back out in the hills. Life in house sucks. Gimme freedom of the hills. 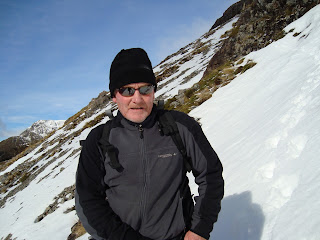 And here in the folds before we head past the Tarns (if we can see them) are some nice plastic ice chunks flowing across the rocks. 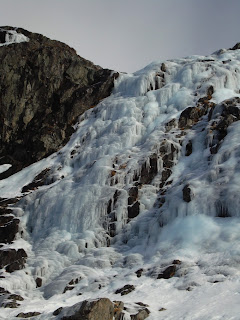 Tarns were not covered by snow we walked across this one, looking back at where we came from. 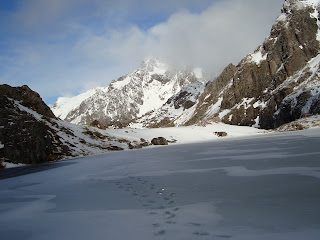 Anthony heading on up to the Sunset Saddle. 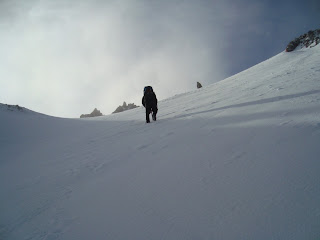 Icey and cold and we got into the wind up here, very chilling with gloves off. 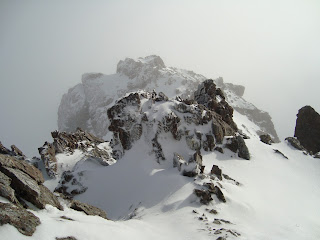 Heading down the other side I sped past Anthony using the bum slide method. Was chilly. Seems the snow somehow finds its way into my trousers. Slightly wet. Its still a fun method for covering distance. 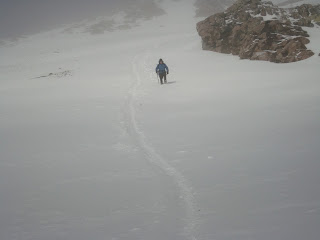 Here I am posing for a photograph just to prove I was here? Its a bit windy as my hat thing is almost horizontal. 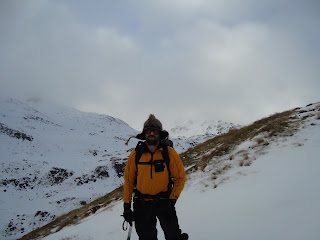 Heading down into Lake Angelus and have this blue sky view of Angelus. 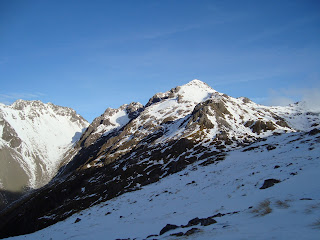 Doing the jesus walk across the lake to Angelus hut arriving there at three fifteen. 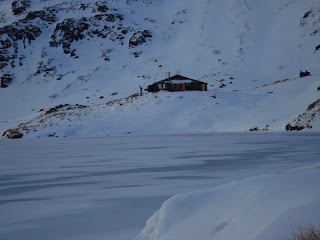 Some of the peoples around the table after food tea and still drinking whisky. 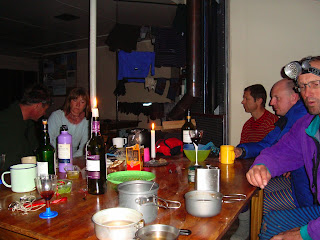 Sunday 28/06/2009
All breakfasting by eight and Anthony and I left at nine, heading out along Robert Ridge. Anthony in front of the weather worn hut with the shovel looking high. 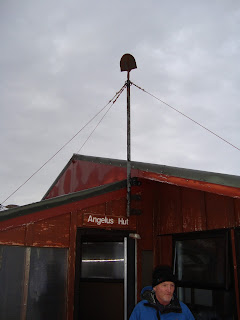 Up on top of the ridge with another grey day, more chill than yesterday. 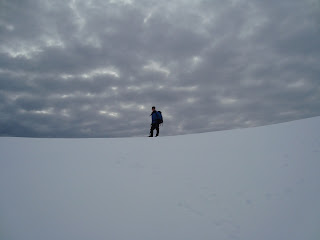 Was a breezy day as the tape on my ice axe while plugged in the snow was going horizontal. 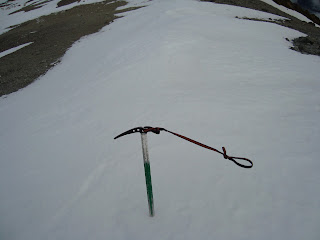 Heading down thru the forest and see this bright green after all the white and grey. 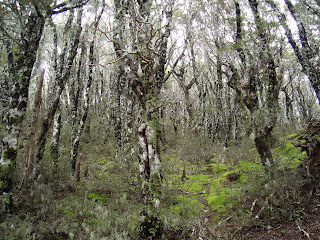