A wander with Anthony into Lees Creek off the Wairau Hanmer Springs Hydro road. Neither of us had ever been here. Going in the middle of the week we assumed we would not see any other persons.

24/11/2011 Thursday
Due to the locked gate on the public road we changed to bicycles, mine being a girls low seat purple model. 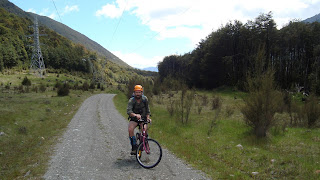 The road to Lees creek is a gradual uphill with one or two down hills. I wished I had adjusted the bike seat as it was way to low and I felt my knees where getting up around my ears. 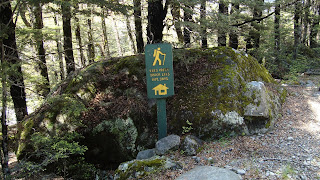 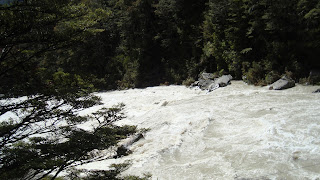 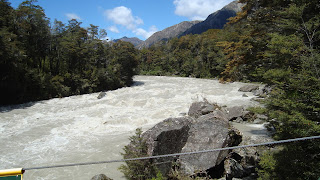 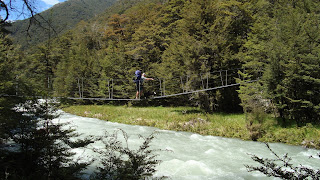 A view of the mountains as we head to Lees Creek hut. 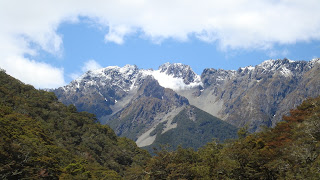 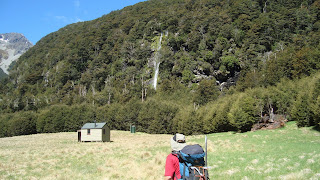 25/11/2011 Friday
Even though today is the go home day we decided to head up the North branch of Lees Creek for an explore. There is a great trail all the way up on the true right, fresh deer prints. 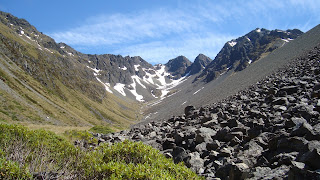 Great fungi specimen on the way out. Is this a Morel or a false Morel or something else? More research needed. 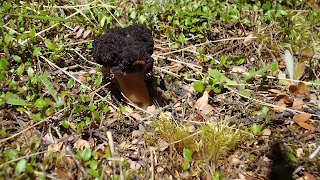 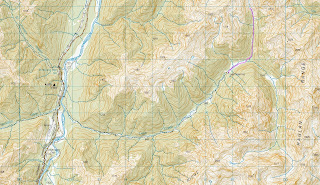 A solo trip which concludes with the death of a car. Really ment to do much more but having left the car with smoke pouring out from the bonnet I did not have the right mind set to just go for it. 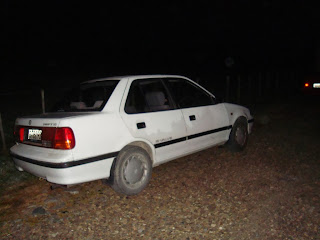 Friday 18/11/2011
Left the Crosslands and drove off to Poads Road. While sitting in the car in the dark getting my pack packed I could smell this acrid burning smell that got stronger so got out and realised it was pouring out from under the bonnet. Came from the area of alternator or generator or whatever sort of ator it was. Oh well packed up and headed off across the paddock intending to get to North Ohau hut as others where already at South Ohau and i was going to arrive very early morning, probably 0300 hours. 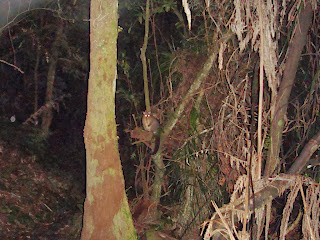 Got into the river and walked up around a few bends not really going for it begining to feel tired; so when a nice sandy beach came into view I decided to bivvy out. Got all comfortable and noticed I could not see stars any more. Dozed off and got woken by rain. Was not really coming down so went back to sleep, with a small whisky to help.

Saturday 19/11/2011
A nice day with sunshine and no wind, had breakfast while still in my bivvy bag and somehow made a decision to just go back to the car and see if I could get it sorted in Otaki.

Laid the damp things out and they where dry in no time so headed off out. 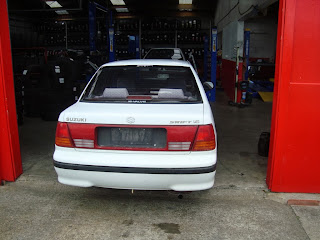 Tararua tramp with Carl and much enjoyment, same as usual.

Friday 11/11/2011
This was a nice head off early trip,  I escaped from the office at 1202 or was it 1204? Anyways i bolted and got Carl and we got on the motor way and zoomed off to Otaki where we groceried and visited my Dad and finally headed off to Otaki Forks. Parked up and had a conversation with a man (old) from Canada and it was strange. And I realised I had forgotten my camera. What a stupid thing I had done, I love to take my camera for a walk. So sad. All photos by Carl Hickton. Field hut is such a nice old place.
We got walking and we got views of the ranges as we headed for Kime Hut. 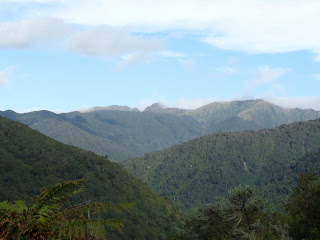 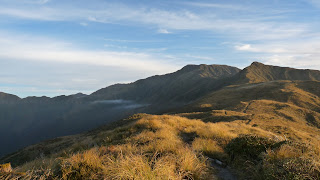 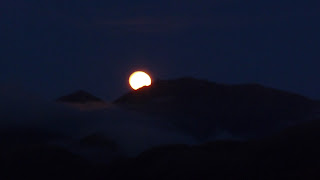 We got to Kime Hut and we fed ourselves and had a couple of beers before sleeping a sleep of cold.
What a barn of a hut, not in a good barn way more in a extinguished mall of a barn way.

Saturday 12/11/2011
Woke in the barn that is not a great barn and headed off in the clag to Maungahuka for lunch.
There is a bit of up and down before Maungahuka, wire rope, a ladder, and some chains but its still just a walk in the park. 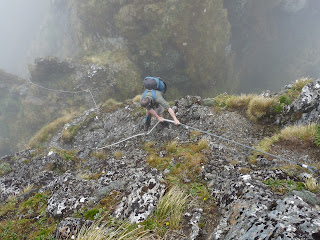 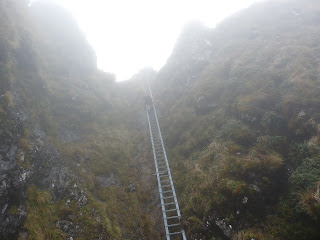 After lunch there was some up and down and a bit of rain and we hit Aopakarangi before we realised so we dropped packs and went down to the hut to check it out.
It was much the same as last time i was here. Nice and tucked in the trees.
Off again and after more clag and some small rain we eventually got to Anderson Memorial Hut. Nice place.
Fire going food eaten and then a beer and whisky. The whisky being Caol Ila Distillery cask strength. An amazing whisky at 61.3% with a big oily taste of Islay. And some fine humor with a advertisment in the FMC and another publication... 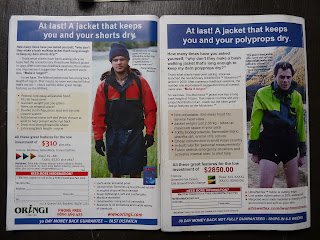 Sunday 13/11/2011
Woke early, ignored the alarm and got out of bed eventually. Headed off to Junction Knob and then downhill to YTYY hut, a typical claggy day and a three hour journey. Saw a goat out grazing as we crossed the swing bridge, named him Leo. 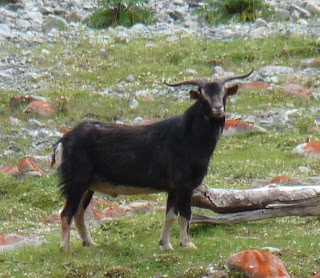 Then off out to Otaki Forks and back to Wellington.

..and reality was not supplied by god.