Paul and I doing a quick blast up Mt Egmont an easy way.

Friday 23/11/2007
Left Wellington and blasted off for Dawson Falls car park. Headed off up and bivvied out.

Sunday 25/11/2007
Headed off in nice weather apart from the fast sharp ice wind for the top.
And got there... almost not able to stand upright. 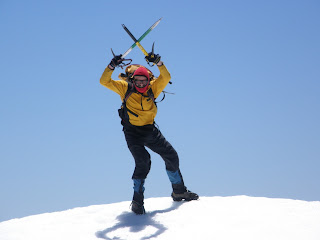 Making the most of having us all here in Wellington and taking Tariga to Totara Flats hut for a weekend tramp. Her second Tararua's tramp.

Friday 25/05/07
By ten Tariga and I where in our sleeping bags in the yellow tent at Holdsworth camping ground. It is a cold evening, probably have a frost.

Saturday 26/05/07
Packed up the tent and breakfasted and then headed off to Totara Flats about ten. Rest time at Rocky Lookout. 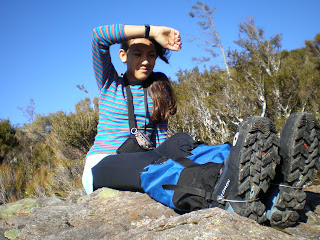 Long day for us but no problem. At the hut after a rest and food we played hacky. Went for wee walk back across the bridge. 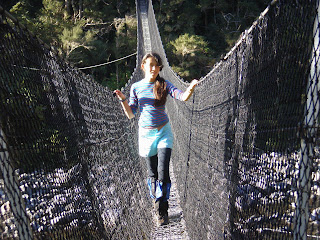 Sunday 27/05/07
Back to the car today. Stopped in river and had lunch before heading up the hill. Up the hill was the best variety of fruiting bodies ever, for me in the Tararua's. 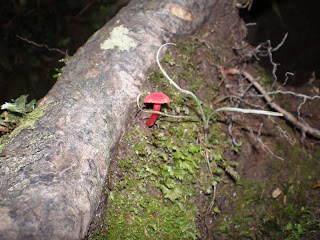 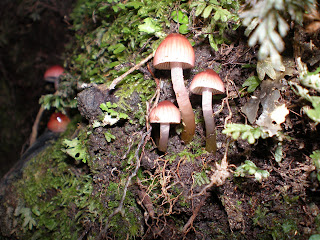 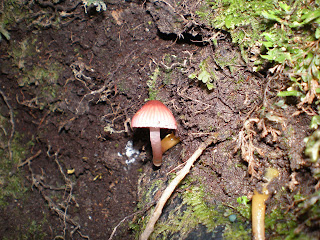 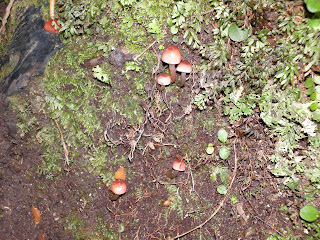 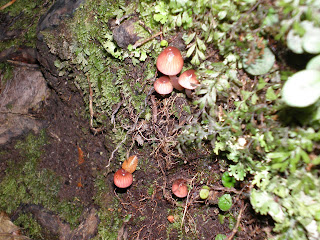 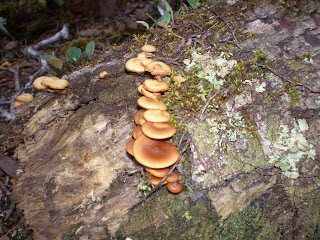 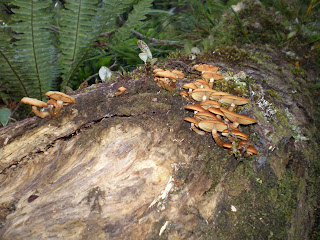 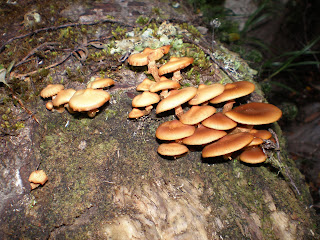 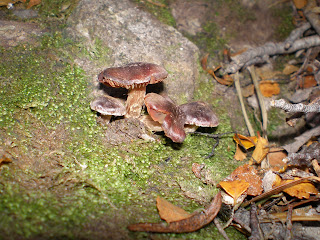 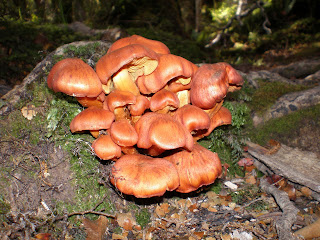 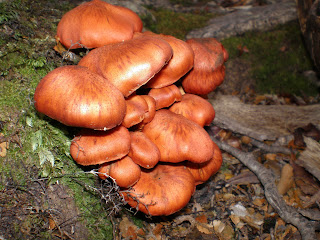 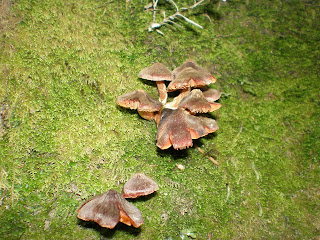 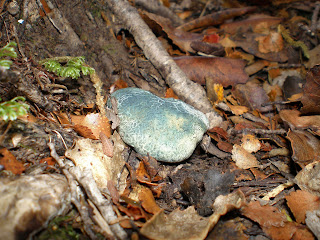 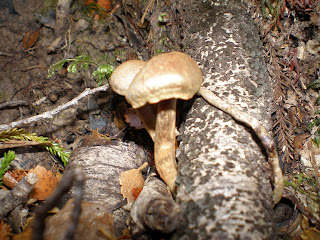 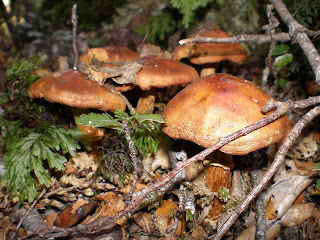 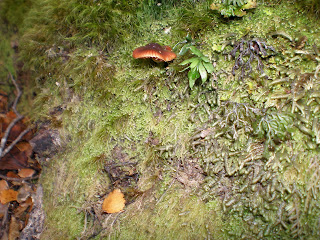 Anthony and I aim to go over Begley Saddle and climb Cotterell Peak at Nelson Lakes. Due to my navigation (rather lack of it) we missed the saddle and swung NE, instead of SE.

We went up and up and  over a Saddle. Did not look like the saddle, but we proceeded and ended up in a high valley parallel to the Travers. We did not know it and the valley we went into was the Travers. Spotted a marker then hit a track. Where there should be no track! We ended up on the Travers track, so back to Upper Travers hut.

A crazy Paul and Ian walk down the rabbit hole thru the forest along the rivers. Just living in the moment.

02/03/2007 Friday
About nine in in the evening picked up Paul from his house and then we drove off to the Upper Plain road for a walk into Mitre Flats hut. We started walking about eleven, got snagged by tree dreams.

03/03/2007 Saturday
We did not get to the hut until 0230 Saturday morning, a bit tired but had a nice dram of whisky before bed. A late wander to Tarn Ridge hut.

04/03/07 Sunday
Up early and headed off back out to Mitre Flats then out to the car and back to Wellington. Great day great views.

Took Tariga up the normal track and Paul did the East Holdsworth track and we meet up at  Powll Hut for the night.

Sunday 18/02/2007
Left Powll and Paul shot off in front of us, I tried to find the old higher track over the Gentle Annie and got us into a bit of a bush bash. 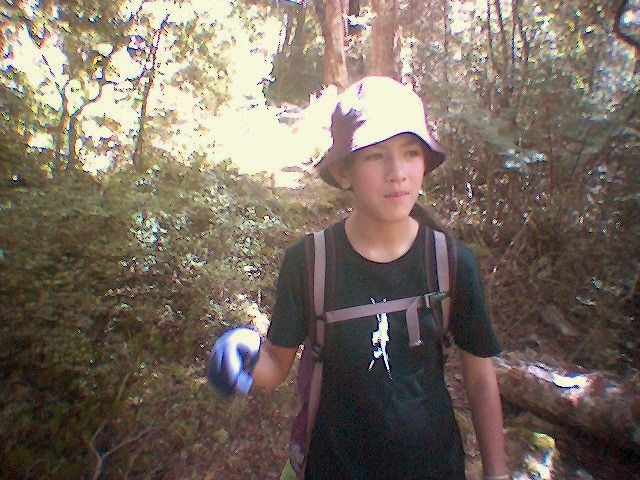 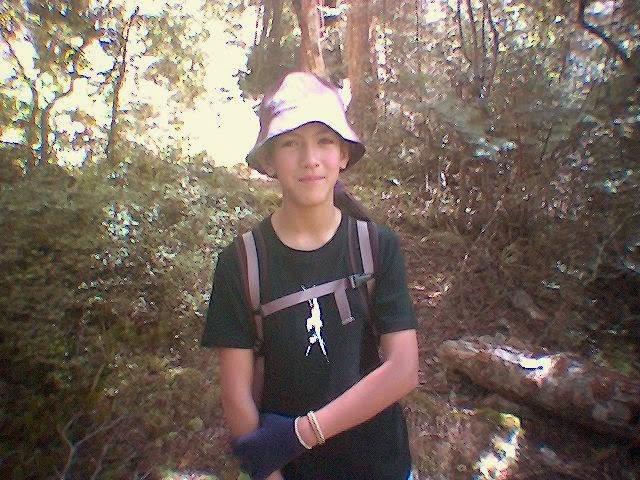 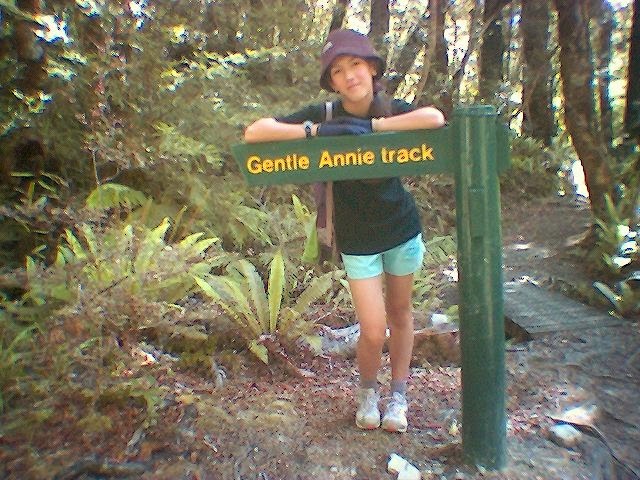