30/06/2012 Saturday
A solo Saturday afternoon wander to Neill Forks hut. A great hut for the winter time as it has a warm stove and always lots of wood available. 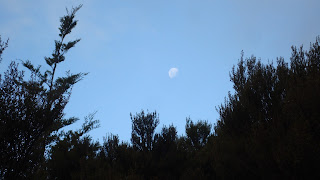 A nice walk into Totara Flats hut and a stop for a cup of tea before continuing. Once up on Cone ridge with the temperature dropping had to stop and put hat and gloves on. 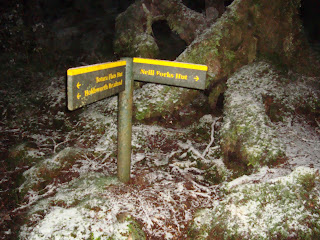 Got to Neill Forks and first thing was to crank up the fire. Then cook food and relax with a nice whisky.

01/07/2012 Sunday
Hut has had a good cleanup and paint job since I was here last August.
Left after lunch and a wee wander down the river, that was too cold to continue.

A knee testing trip to Kiwi Saddle Hut with Anthony and a possible wander up the top depending on the wx.

Sunday 24/06/2012
Left Motueka and drove to Tapawera then thru Tadmor and finally to Rolling Junction towards the end of Wangapeka River Road. We parked here and headed up the Wangapeka track. 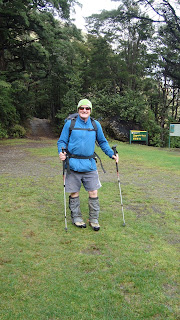 We walked for three hours to the Kiwi track junction on the way having a view of the top of Mt Patriarch obscured by cloud, the intended destination. 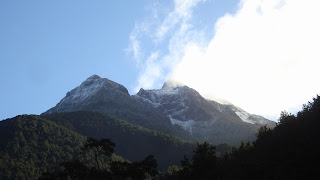 And always some interesting fungi along the way. 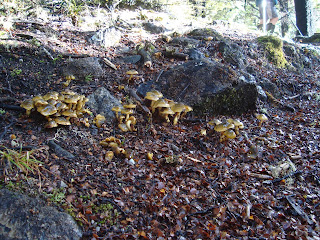 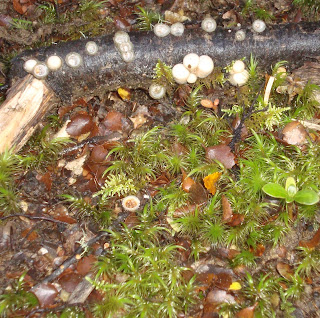 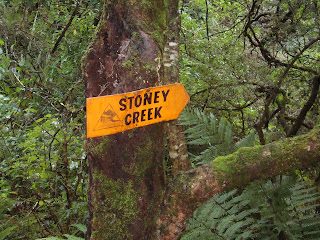 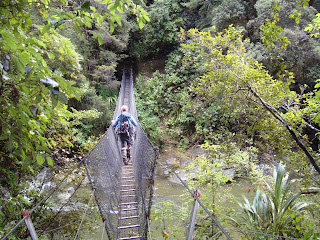 The Kiwi Stream swing bridge is a recently completed swing bridge and now means that when heavy rain falls, you are no longer stuck waiting for the stream to go down. 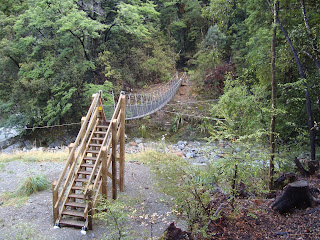 We headed up to Kiwi Saddle hut using our torches for the last hour, arriving at the hut just after 1800 hours. 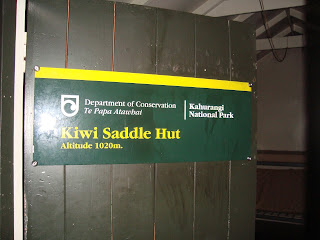 Got the fire going, and then the usual eat, drink, check the snow(not much at all), and then sleep. 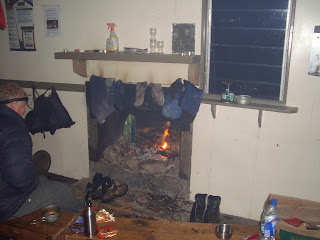 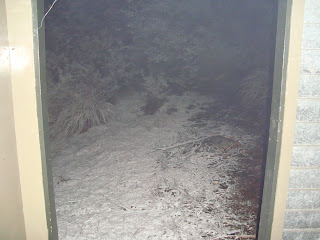 Monday 25/06/2012
Shitty weather, sleet, rain, some wind so we walked back. Kiwi Sadlle hut is a typical little six bunker. 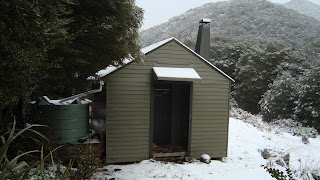 Heading off in the morning, a bit chilly. 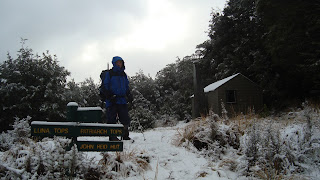 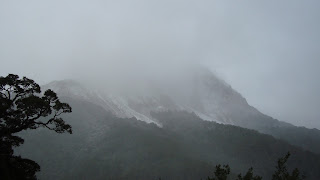 Several hours later it sort of cleared a bit. 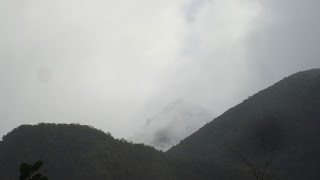 A quicker trip out as all down hill. 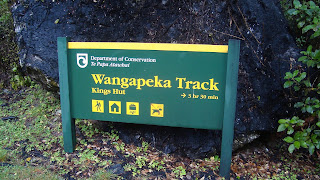 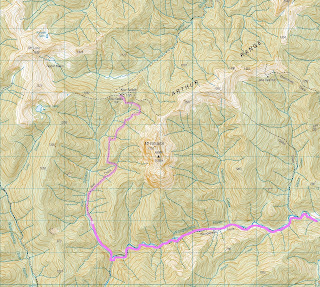 Blah
Hut was clean, fire is open and can get a bit smokey if the wood is not pushed back. Whisky was Ardbeg 10yo, really nice with a smokey fire. No wee books of imaginary friends to send back.

Looks like some heavy weather this weekend so decided to head to Te Matawai hut either up South Ohau or Waiopehu. All depends on the temperature Friday evening.

Friday  15/06/2012
Its was cold and with a late start time of ten thirty Friday evening the river route lost. Walking to Wiaopehu with what looked like potential rain later. Spotted some nice mushrooms on a dead stump. 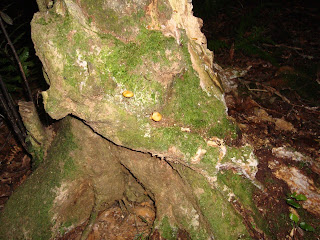 As I got close to Wiaopehu the rain turned to snow that was settling. Got there after one, not too cold. 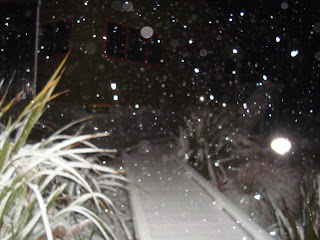 Saturday 16/06/2013
Walking to Te Matawai today and probably nothing more than gathering firewood as Im wearing light shoes. Didnt expect snow, the view from the hut in the morning. 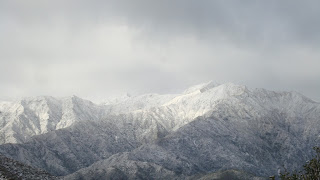 The trig looks like a 1920's Scifi prop with a time travellers grave. 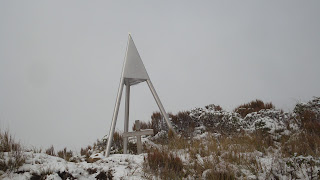 Later looking back into the grey with the ice track ribbon. 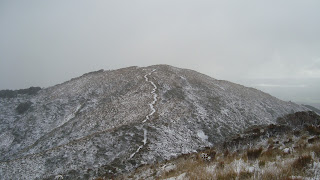 Love the winter with fresh snow and the way the light is so much more bright. 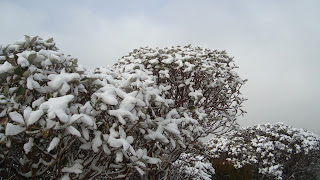 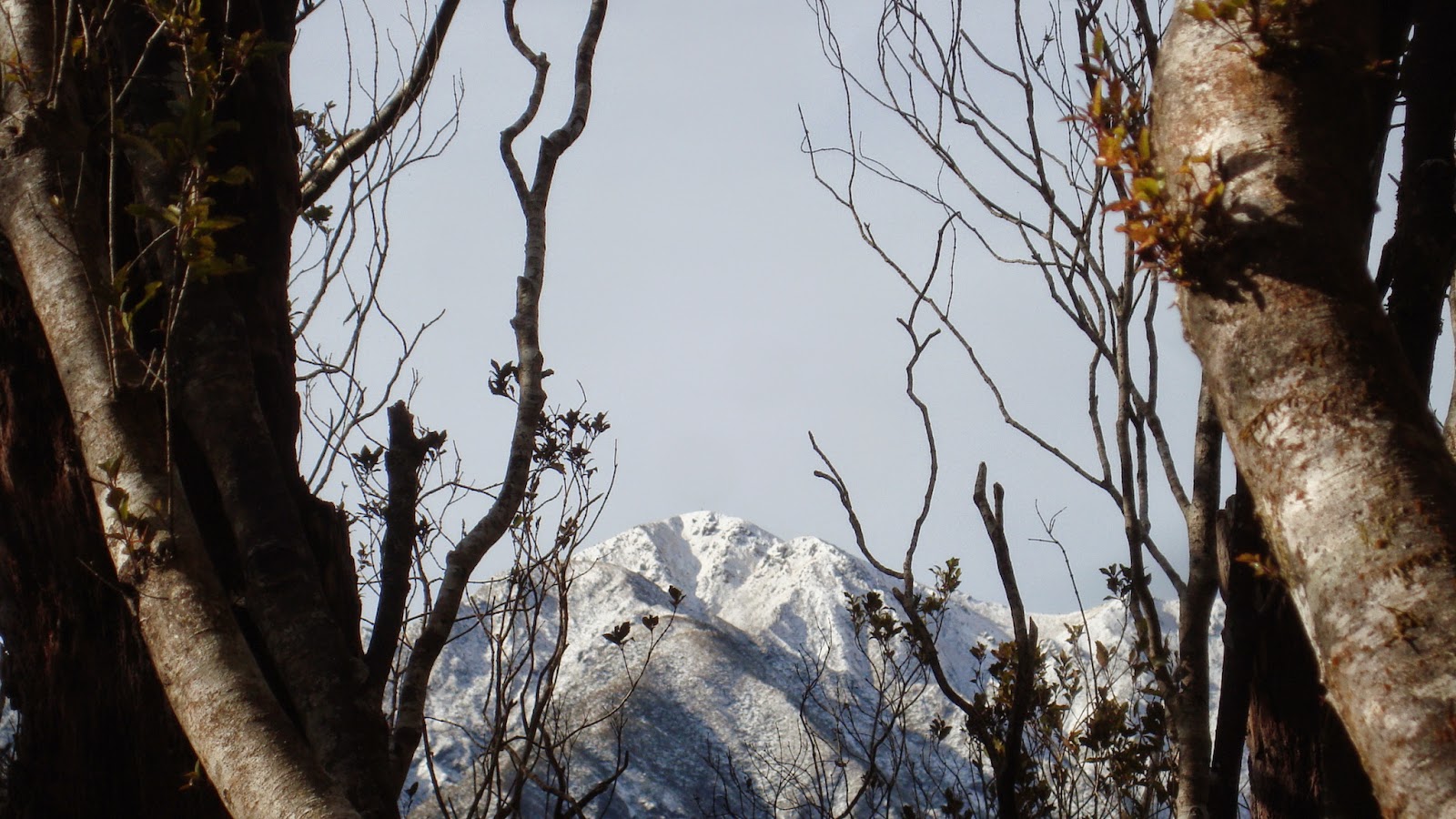 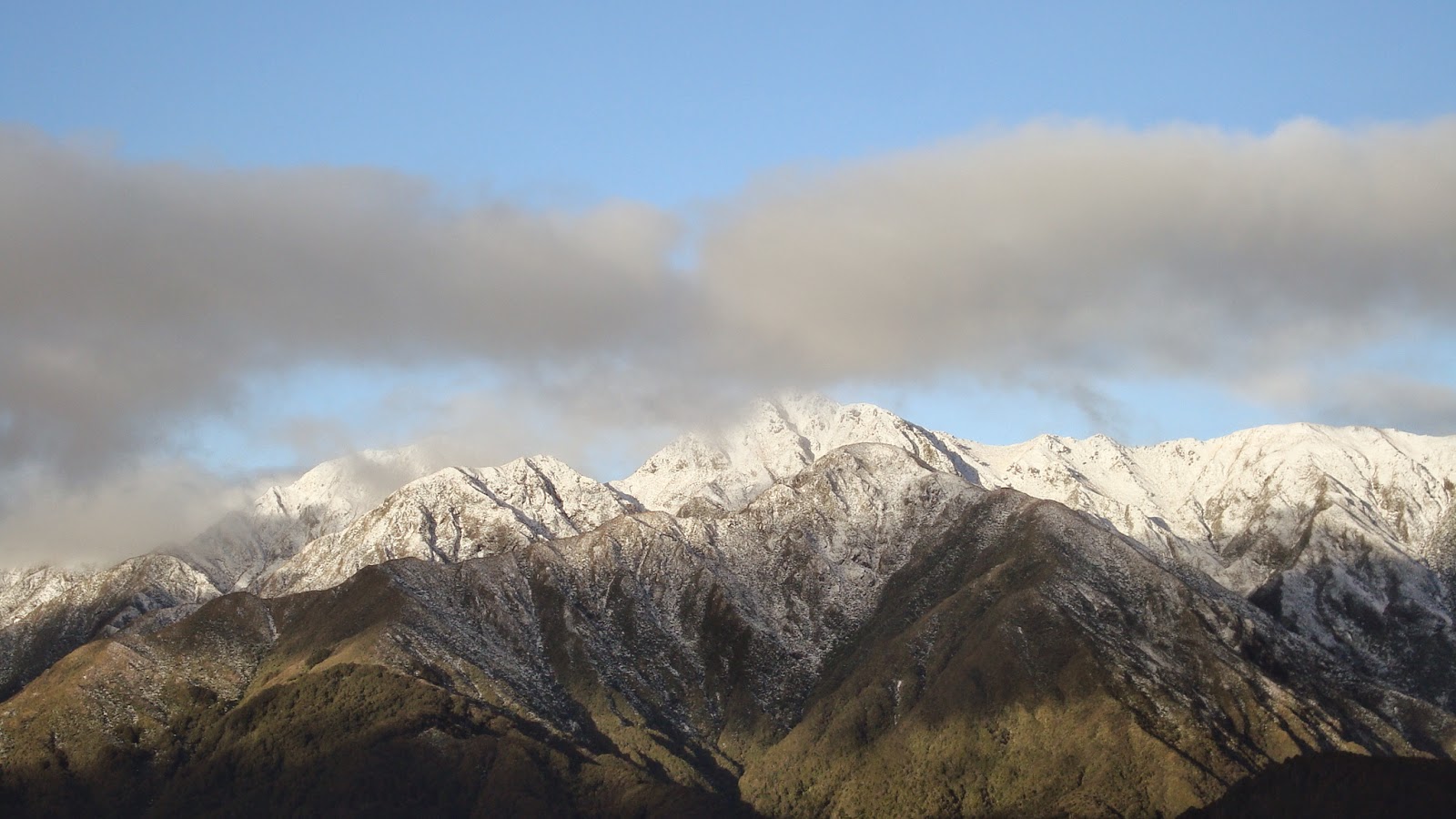 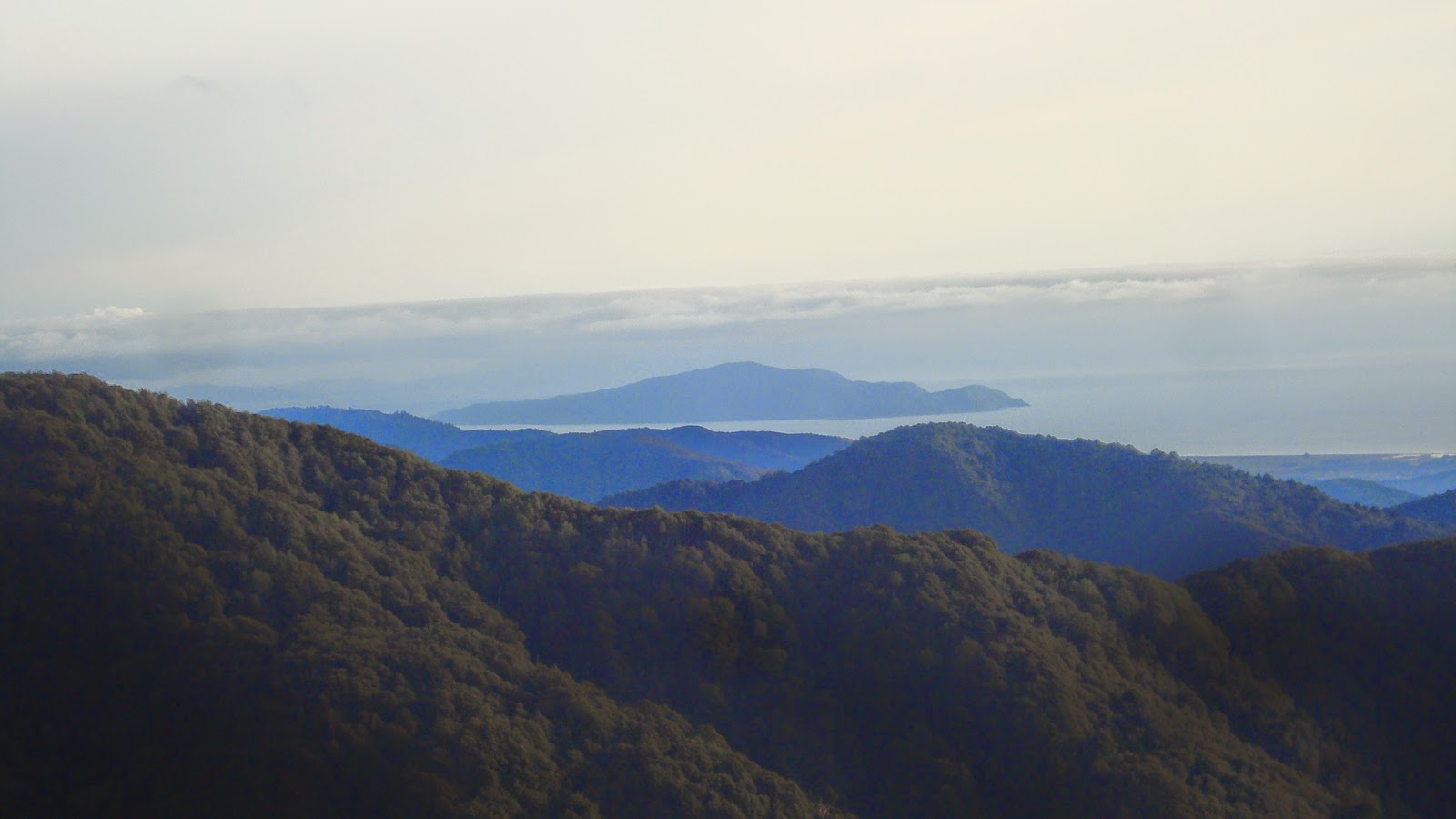 Queens Birthday weekend tramp in the Tararua's on my own, weather not too good. Just want to go some where walking in the rain, getting wet and have a fire sipping whisky and reading some books.

Friday 01/06/2012
Got to Poads Road end at and headed off to South Ohau just before 10pm. What a cold trip, the walk up the river was numbing cold and I did not get to South Ohau hut until after one on Saturday morning.  I did not know if I had any feet. Had to get a fire going and warm up, so hit the sack eventually sometime after three in the morning.