Another wander to check out the air craft wreck on the side of Johnston, doing it the easy way this time. Most of the trip is by car, then a few hours walking up a hill.


16/10/2010
Left Nelson late in the afternoon and after a 1 and a half hour drive got to the Timms Creek carpark. Headed off up to Mt Fell hut at sevenish, sign says 7 hours but we know that is not right. Spotted some interesting things along the way, saw several of them out wandering around. 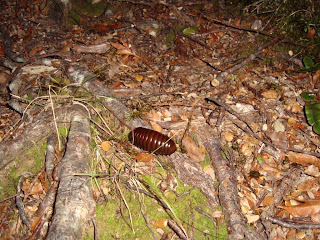 Eventually got to Mt Fell hut just as it started to rain. Not long after I got there it poured down and kept going all night. 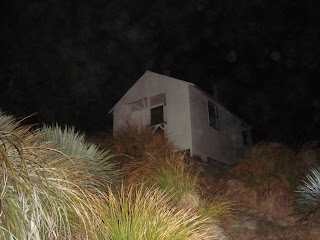 As this Nelson town has a non existant supply of single cask, cask strength, young whisky from the Isle of Islay. I got myself a single can of beer; so saturday night is DAB time. 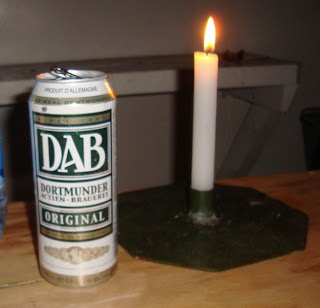 Rain and wind all night long.

17/10/2010
Woke up early and its still pissing down. Not going to see the bits of wreck spread over the basin in this weather. So heading off back to the car after a good cup of coffee.
Got down to the creek and it had become a raging torrent, had a couple of tries at crossing but its too swift. If I slipped I dont think Id survive. 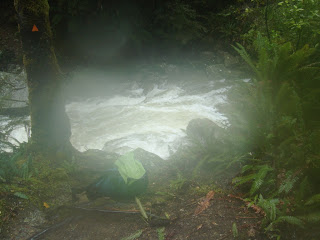 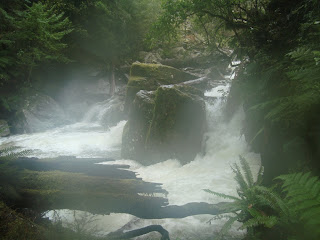 Gets a bit twitchy when the cars an hour away and all thats in the way is a bit of water. After several wanders up and down looking for a way across I gave up and headed off back up to Mt Fell hut.
Back up at the hut and wet as, so cranked up the fire to dry out. This hut has a good cooking utensil collection. 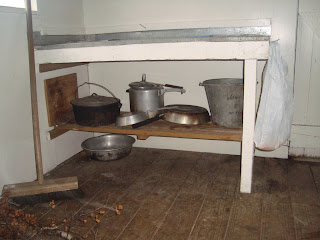 I was meant to be out today and Im not. No cell phone coverage here and its such shit weather that Im not going for a walk up the top to attempt cell phoning. Wonder if family is getting worried?

18/10/2010
Last night was really cold didnt rain, just hailed for a bit. Snowing when I woke up. Well at least the creek should be down. 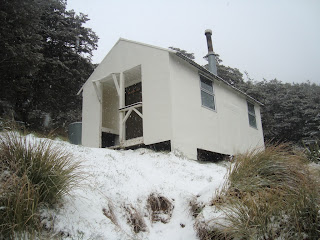 Off down the hill again and looking good as all the little creeks I crossed are behaving themselves. Tree roots snaking out. 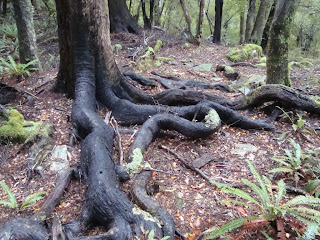 At the creek and its a knee deep crossing with no raging torrent. 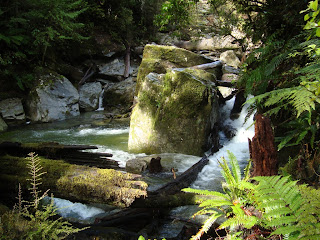 An hour or so and Ill be out, nice warm day in this valley. 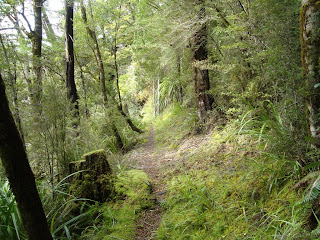 A few minutes from the car walking around the side of the hill I can see my car and a big white 4 wheel drive. Meet one of the Blenheim Policemen who was there checking on things. As I got there he asked my name and then said on his radio that the missing man had turned up. I guess I was late enough that my family got worried and called the police. Just a day late.

At times like these you realise how awesome our police, and search and resuce are.

Map of the walk

Got Duang (wife) to drop me off at the end of Brook street just after twelve and set off walking hoping Id compress twelve hours into eight, as Id imagined starting at 0600 hours. Off I set to walk all day and get up near Fell hut so as to sample some 1940's plane wreckage early Sunday morning. All went well for the first two hours. X marks the destination after dropping into the Pelorus from Rocks hut and climbing up over the two hills to the left. Which are Conical Knob and Mt Fell. 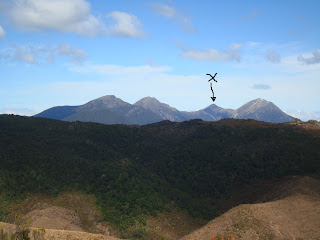 Shortly after this photo things got a bit wrong, I decided that I would try a shortcut, one that I hadn't done for 15 years. As I "knew" where I was going the map didn't get consulted. Slight mistake and heres a photo heading into the mistake, still heading in the right direction. 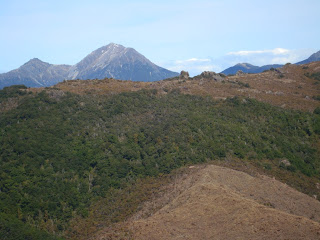 Now at the bottom of the mistake and realisation that it is a mistake. Nice wee spot, did not want to drink the water as it comes from very metallic hills. 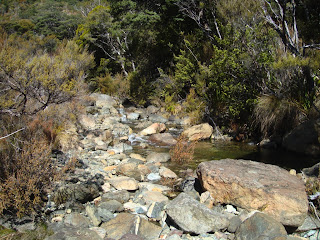 Finally I had no choice except to get to the top of one of the rocky pinnacles for a view and GPS reading. As my GPS is a android phone and dosnt work in the bush. Discovered that the track was only 50 meters away and Id been horizontal to it. 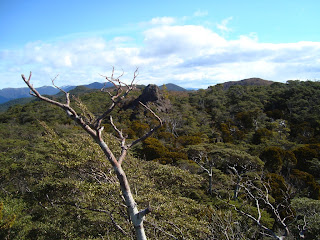 Now that Im back on the track with a short cut that added an hour onto the trip! Onto Rocks and on down towards Middy where I meet a running pig just before the swing bridge. 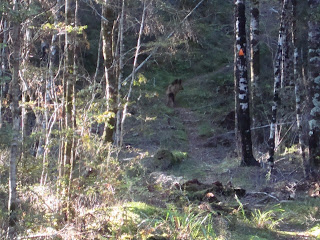 Past Middy and on up Conical Knob, bivvy'ed out just before Roebuck junction where it flattens out. Stopped here as the darkness arrived. Nice ground for sleeping as its dry not like the Tararuas.

A nice leisurely start to the day after coffee and fruit. This was the bed for the night. 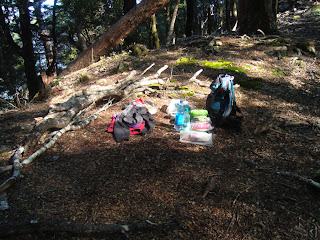 Down hill in the heat, forgotten how hot it could get. Been tramping in the wet hills north of Wellington for the last couple of years. Off to Middy for a bit of a lunch break and then heading towards the swing bridge. 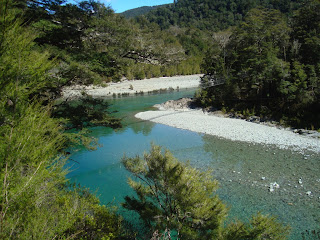 Onto the swing bridge and looking down on a trout snacking, probably 40 to 60 centimeters long. 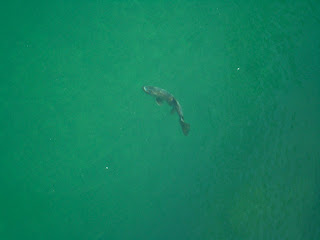 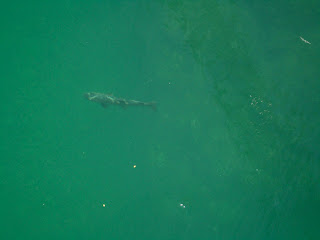 Up the hill towards Rocks hut where I stopped for another snack and decided to do the shortcut from the Lookout end as its a marked track to start with. From Rocks hut veranda view of, from left, Fell, Johnston, and Mt Richmond. 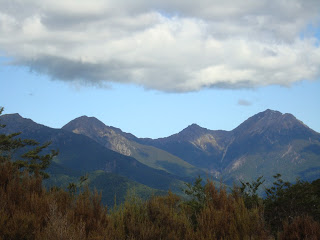 Out of the bush at the bottom of the track. Nicely tagged with orange tape. Thank you. 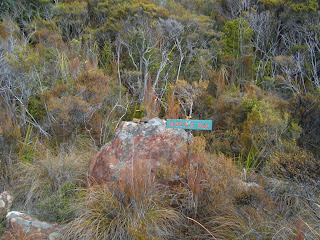 Up a bit of a ridge and down to the creek and then up the other side and back onto Dun railway. Easy wander out to Brook street.


Little leggy fish increment by ONE.