Friday 08/02/2013
Another wander in the Tararua's with such fine weather, and again the destination is Poads Road. This time its a Friday night walk to North Ohau hut. River so shallow and warm, a very easy stroll with crawlies in the farm stream, fleeting glimpses of eels, and the occasional spider out for a swim. 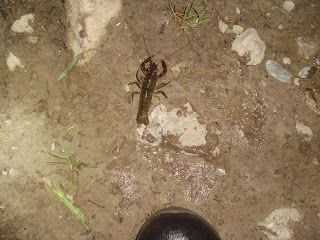 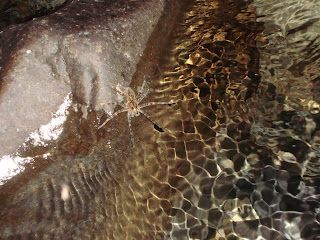 And then the cairn on the big log after the last of the small gorges,  an easy stroll from here. 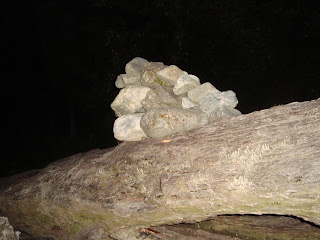 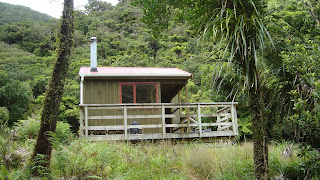 Finally a wander up the track at the back of the toilet. 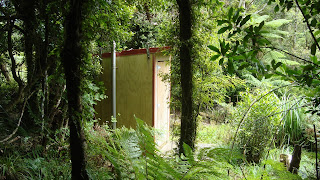 Had heard that it was well cut and marked. And it is. I  did have fun for a while as I dropped off East from 897 and headed down into some bluffs. Worked out I had dropped to soon, did manage to head North where I bumped into red plastic ties. Which gave a nice trail down the ridge proper.

Sunday 10/02/2013
Sat in the sun for a few hours at Te Matawai relaxing before heading off. 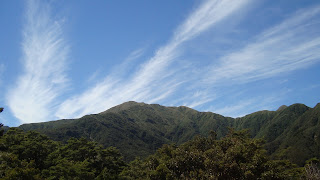 And again at South Ohau more sun aliens and relax. 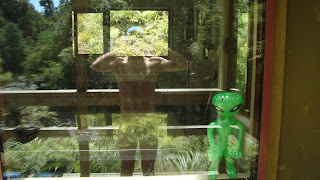 Down the South Ohau seeing a New Zealand bush giant dragonfly, or Kapakapowai (Uropetala carovei) flying about and as I watched it settled on a log for a few photos. 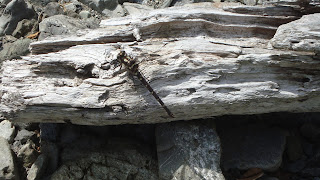 Map of the Interesting Bit 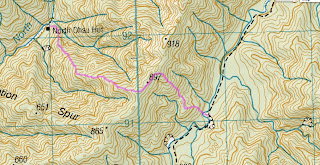 For NZ day of shame Carl and I headed off Tuesday evening into the Ohau. Headed up South Ohau river with it being deeper than normal due to the previous evenings rain. Our aim being to do the deception spur and we expected it to be a bit of a bush bash.

Tuesday 05/02/2013
It was not an early start as we did not leave Wellington till after seven at night. Did a last minute shop and got some necessary items like batteries and beer. Headed off from Poads road car park after nine. Finally got my first photo of a native fish, often see them at night but they tend to zoom away real quick. 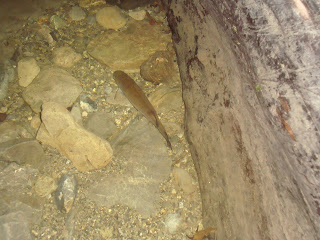 This was approx an hour from the hut as we where about to walk across a slippery log. No idea of what type of fish it is so far. Got to the hut at 0128 so thats Wednesday. Seek Freedom type had been here and deposited a wee book of crap. And we where wet and cold so lite the fire and had some beer and whisky, finally hitting the sack sometime after four. The whisky being one of the finest 15 year olds from Scotland, not including the Isle of Ila. Glendronach 15yo at 46% and only Olorroso sherry casks.

Wednesday 06/02/2013
Did not get out of bed early. We left the hut after one in the afternoon and headed up the South Ohau Dowling Falls track to Girdlestone saddle. Saw some magnificent spiders on the way. 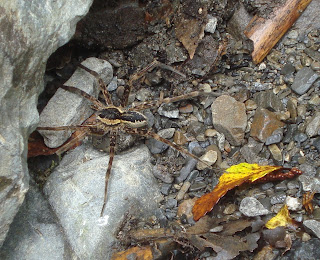 From Girdlestone saddle we headed North to 735 and saw a pile of starbuck coffee beans on the path. 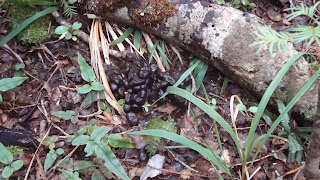 Thats deer shit for those that are a tad unsure. Just call it coffee cause starbucks taste real bad. We carried on North and at the base of 885 we ran into a will groomed track that was a real supprise. Stopped for a meal on the top and then carried on down Deception Spur on the well groomed track. Only the last quarter of an hour when we dropped into the North Ohau did we do any bush bashing.

And then it was the usual out down the river with a much lower water level than last evening and out across the farm and back to Wellington. 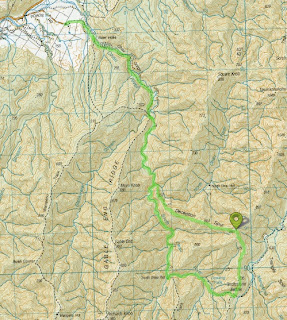 Fish Grow Legs
DOC says take only photos leave only footprints, so not sure how seek freedom gets the idea that its ok to leave little books. Never mind I bought it out and will send it back to them.