AIM: Get to that elusive hut Carkeek and have a beer and inhale.

As usual it was a drive to a road end friday night after work, road end being Poads. Paul and I keen to get to Carkeek hut; as neither of us have ever been there.

2104 Left the car and headed off across the farm.
2207 Into the Ohau river for the final two hours with a full moon lighting the way. The big light is the full moon and the little light is Paul in his usual place (behind). 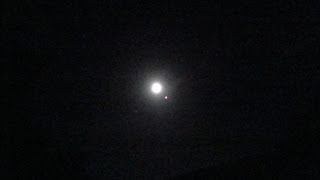 Had a bit of a sleep in.
0946 Left the hut and headed off up the track to Te Matawai.
1113 At Te Matawai for a bit of an early lunch and relax as the weather was rocking. Not your usual Tararua rain forest stuff. 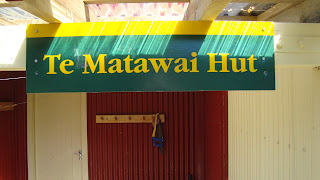 1135 We left the hut and headed off up to Arete where we planned to stop for lunch. As we got onto the tops we had views that are not that common, check out the ridge we intend to walk along on our way to Carkeek. 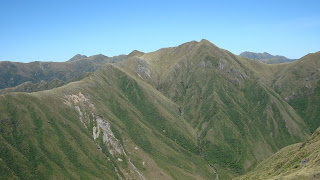 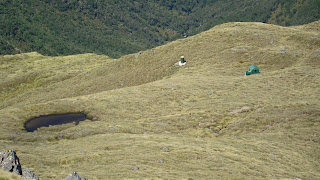 1511 On my own and on my way to Carkeek, mate Paul is just not up to more walking today. Seems the heat and the few hours of walk have totaled him. Left him with a beer. Bye Arete. Good views of Banister as Im heading to Carkeek. 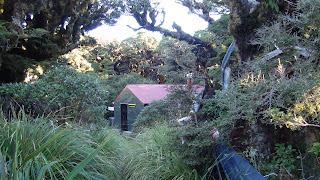 So finally walked to Carkeek hut. Go there from Arete Biv and stayed just one night. A good tops walk on a fine day and more fun compass driven claggy day on the return.  Love the street sign with authentic bullet hole. 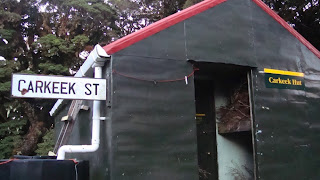 0652 Left Carkeek hut on my way back to Poads road, hope to catch up to Paul by South Ohau hut. 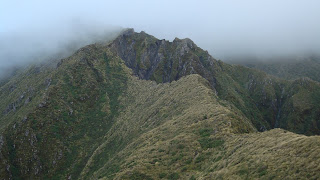 It was a claggy day with not much visablity from Carkeek to Arete, once at Te Matawai it was all good. Caught Paul at South Ohau and we headed out down the river stopping for a few swims on the way.

The map of the way. 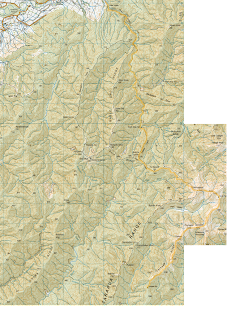 Stuart, Paul, and Ian head off to do an explore of the Hector river with a bottle of Ardbeg 10yo. The trip turns into a visit to Maungahuka and an explore of Meat Safe Spur followed by a serious whisky tasting event.

Friday 05/02/2010
We left Otaki Forks just after 10pm and got to Fields a few minutes into Saturday.

Saturday 06/02/2010
Early up and off, hot weather blew the socks of the older fellas and they where an hour or so behind me. 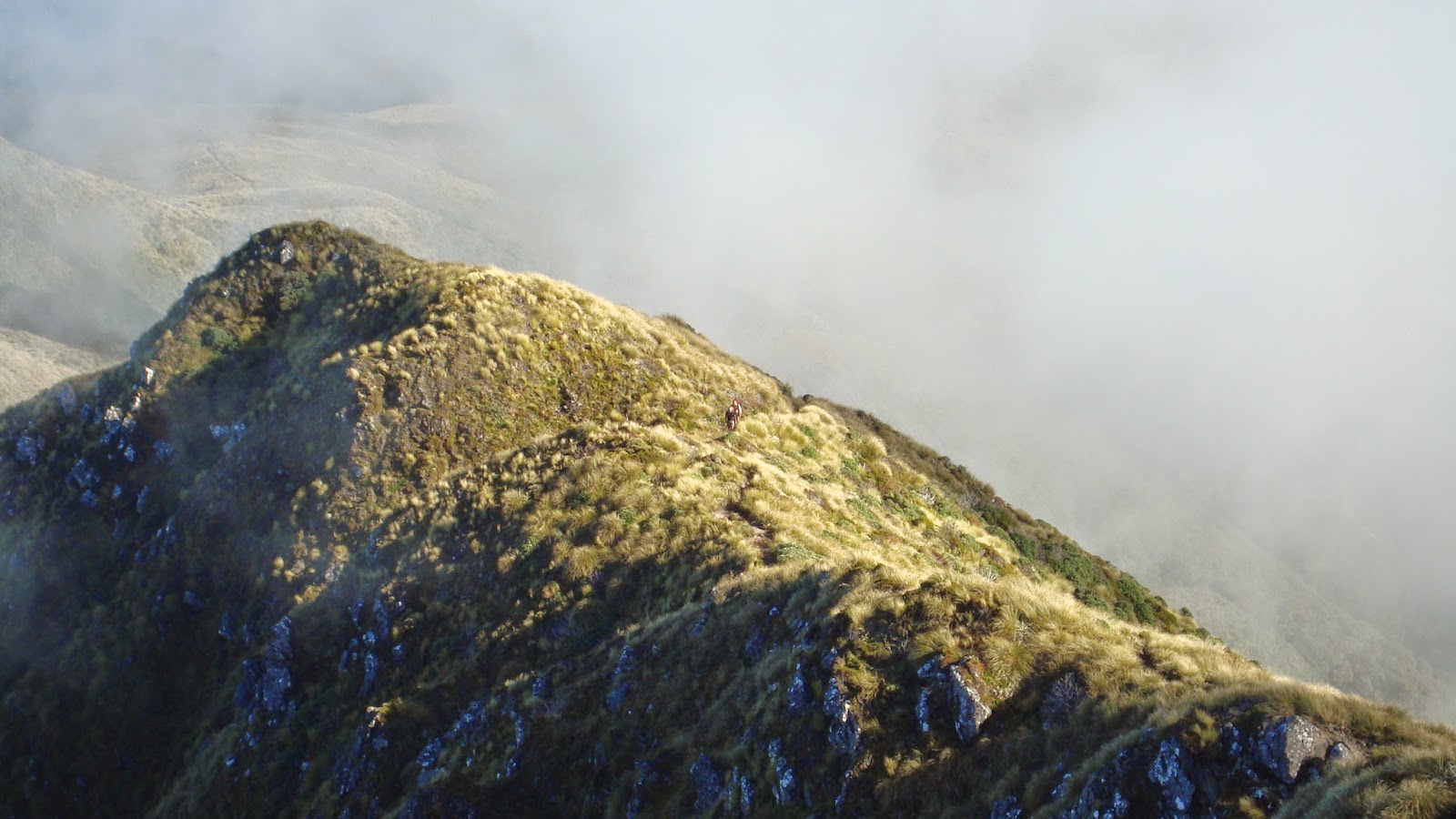 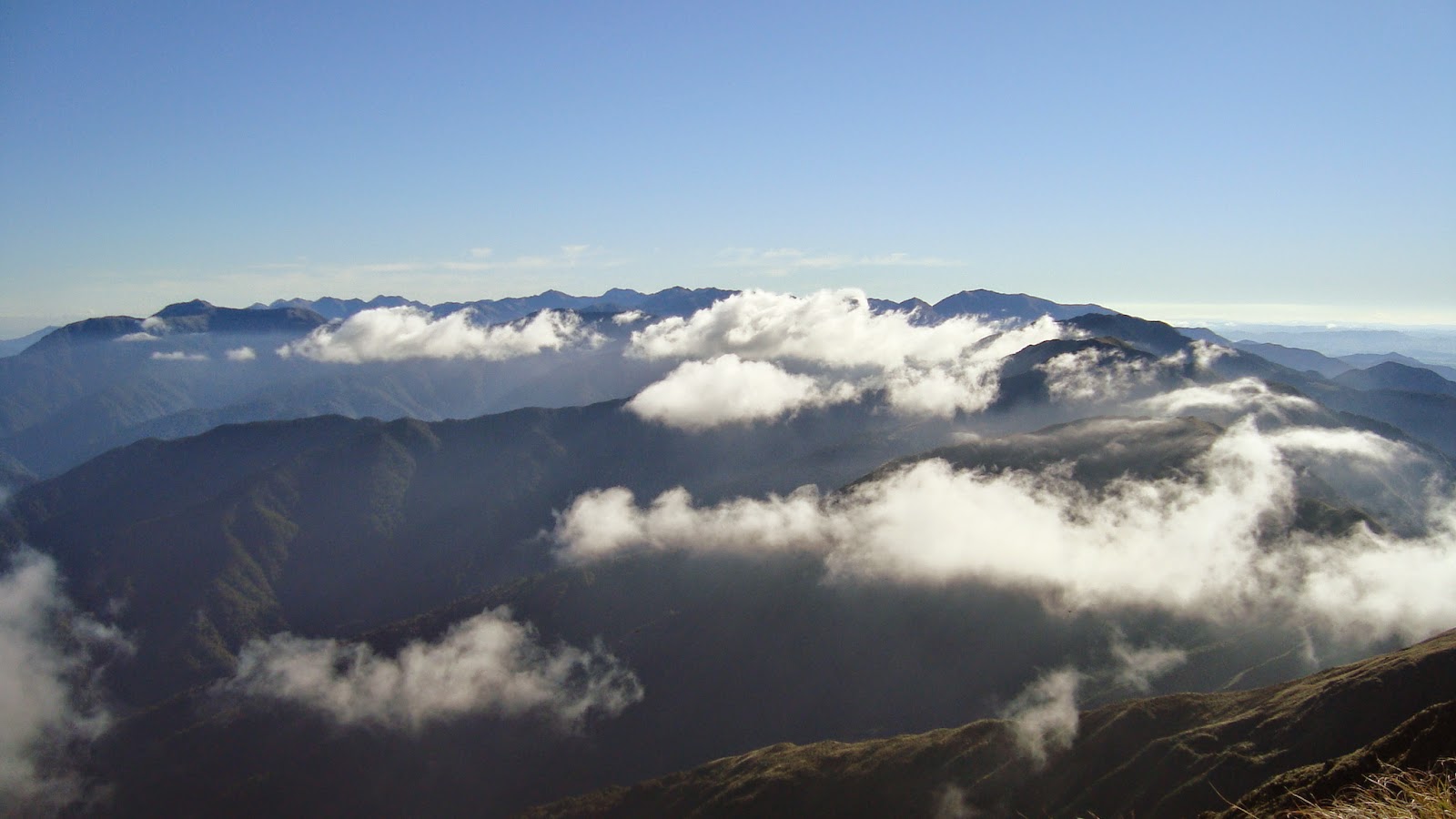 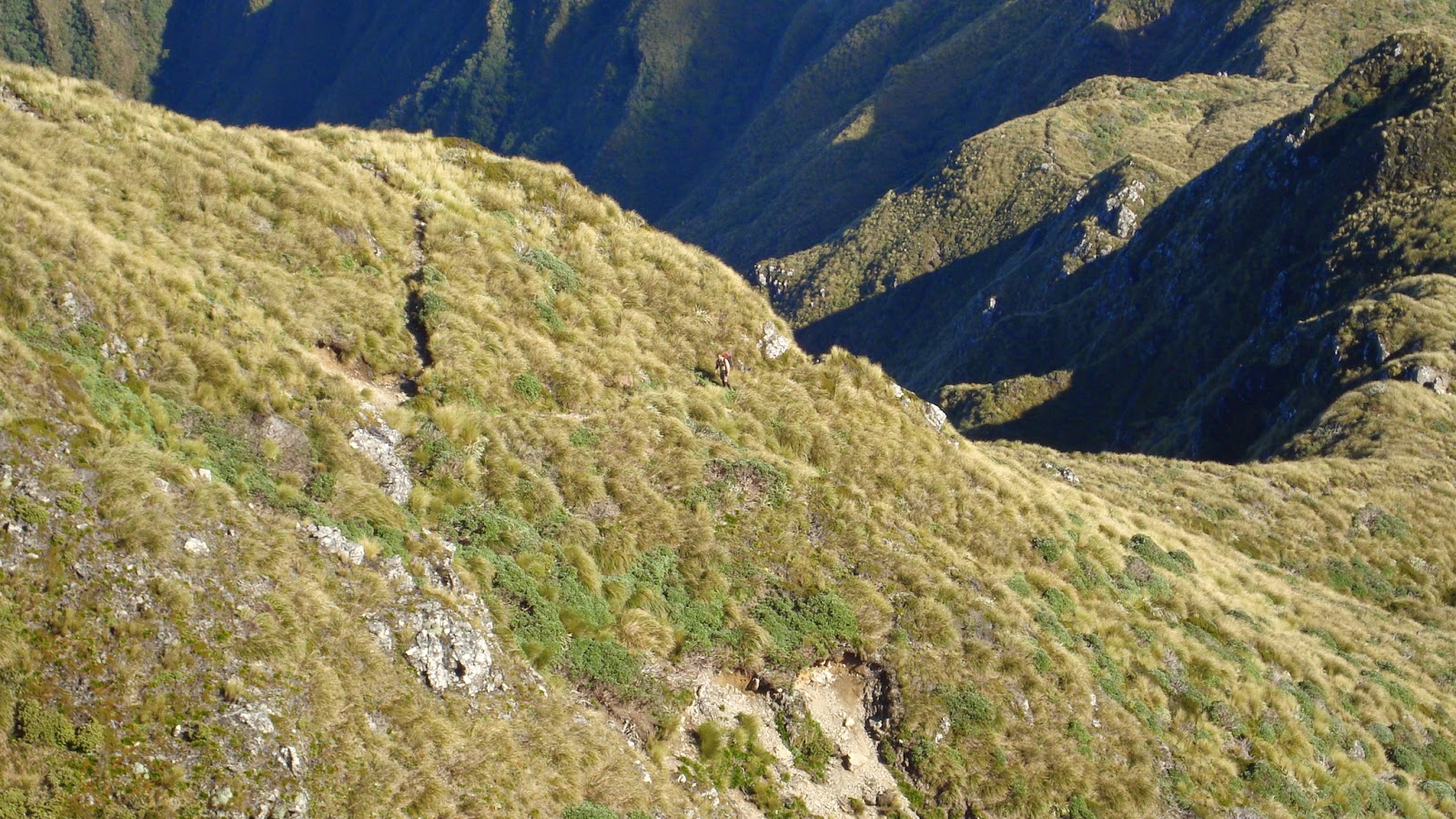 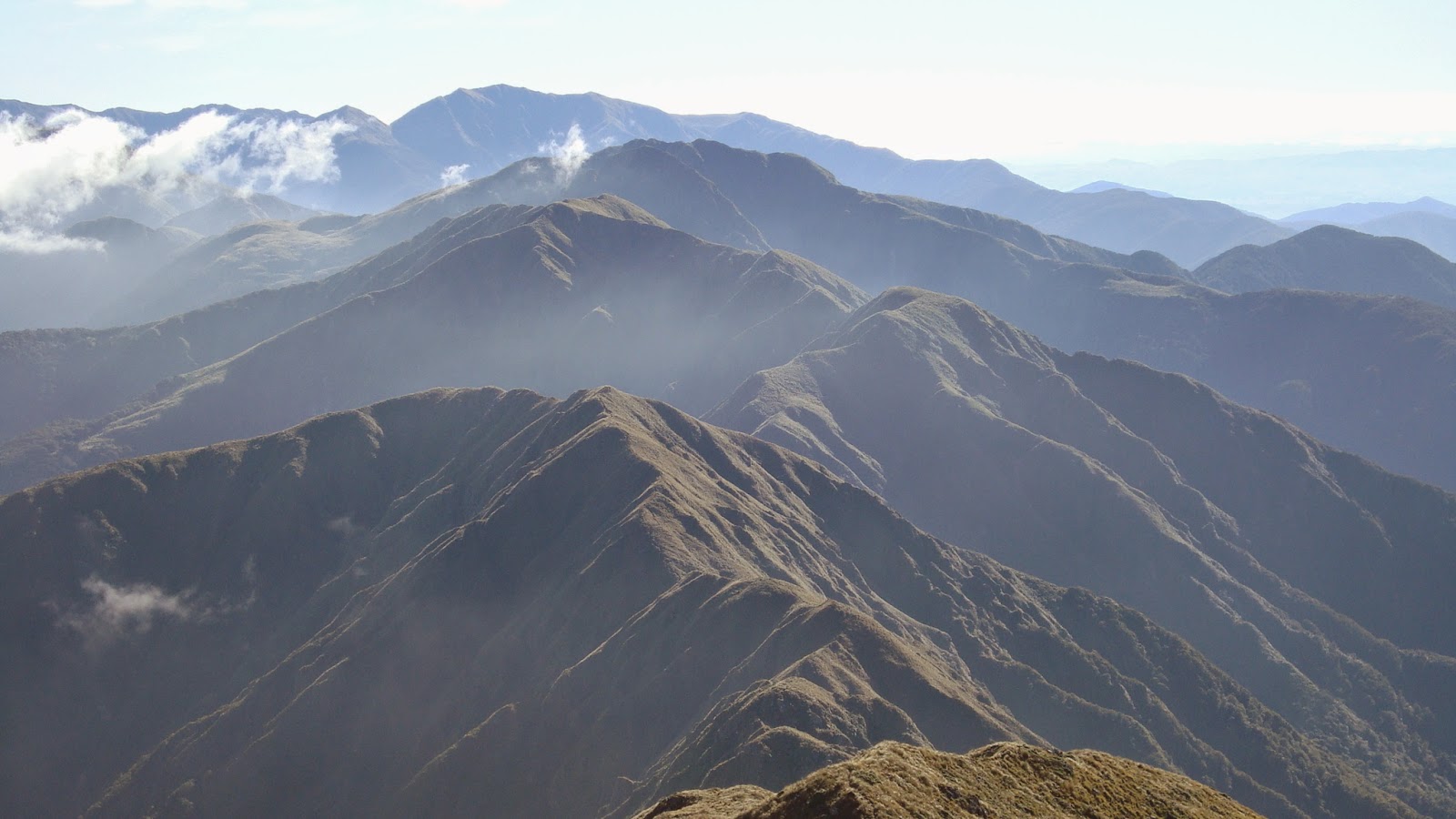 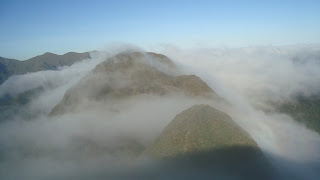