Just me on my own aimed to access Mt Fell via chains from Brook Street Nelson. Was very ambitious and had other stated aims of:
•    Mt Richmond
•    Mt Johnston
•    Plane Wreck
I easily allowed the rain to become an excuse for not going furthur than Middy hut.

Sunday 27/09/2009
After lunch Duang drove me up to the end of Brook Street and I climbed the fence outside the camp ground and headed off up the hill to intersect with the old Dun railway. 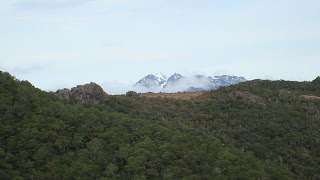 Stopped at Rocks hut for a snack and filled out the book. One person here and we talked a bit. Bullet holes in the roof, very questionable. 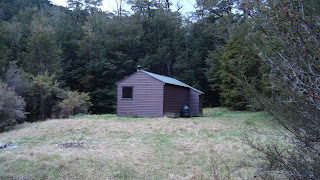 Brook Street to Middy Hut was four hours and fifty 50 minutes including stops. Unpacked and then took a beer down to the river followed by my evening meal and then bed as wanting an early start tomorrow. By half past eight there was very heavy rain.


Monday 28/09/2009
Woken at 0301 in the morning because the rain was so heavy, what a deafening din. Well it didnt stop raining so I slept in and got out of bed before midday. 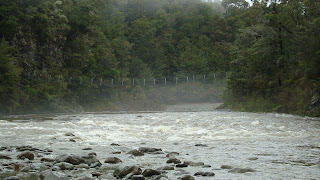 Cleared early afternoon so I headed off to Rocks hut. 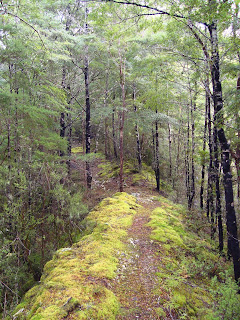 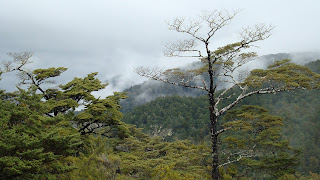 At Rocks hut having green tea and honey with crackers and as I eat the rain comes down heavy. One bible here so took with me to send back to Seek Freedom. Left Rocks hut just on five in heavy rain. 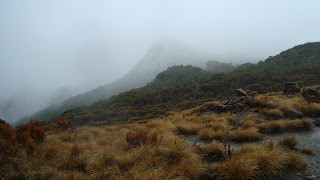 Just after eight thirty I was over the fence and on Brook Street, rang Duang for a ride home.

Walked into Waiopehu Hut on my own, did not see any other people. 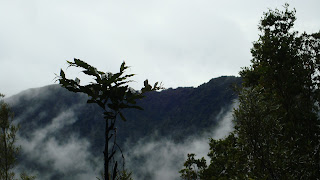 There is a nice open bit where there are a couple of mountain type cabbage tree things. 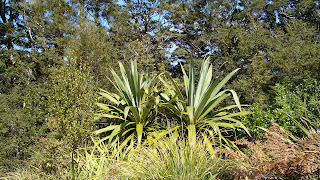 The hut is noticeable on the way there but its styled and painted well for a bit of camouflage. 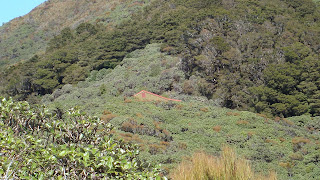 Lots of different clouds came and went during the afternoon. 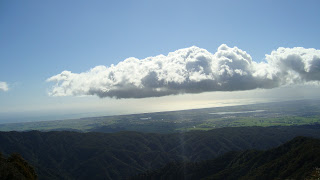 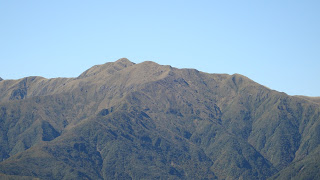 Went for a walk up onto the main range for an hour or so. Just on three left Te Matawai hut and went down to South Ohau via Yeates track and then out took the river out from South Ohau hut and then the track above the gorge back to Poads Road.