Jessie and I headed off to Atiwhakatu on Friday night leaving the Holdsworth car park just after eight pm. Was an easy walk as the track is well manicured all the way. People who work for DOC have been making some very easy to walk tracks, this is very good as people who want better than a grade three root hop have various choices now. Had a special whisky for this trip, Taliskers Distillers EDition 2000 from Centre City Wines and Spirits. 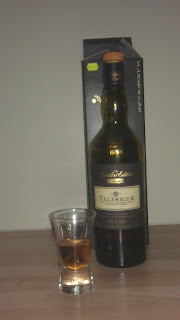 Friday 14/06/2013
Ye har an after work blast off into the Tararua's, no sitting round swilling piss for me. Drive and drive until got to Holdsworth road end. There was Jessie and we where off to Atiwhakatu. DOC is doing work on the tracks and this one is now state awesome. If you are planning a tramp for the first timers or the very old, or those with worn out knees then this is just the tramp to do. Track upgrades are not yet completed, but when it is it will be a fine walk.

Saturday 15/06/2013
Out of bed later eventually and we did finally leave the hut at eleven forty one heading for Totara Flats via the Mountain House Shelter route. 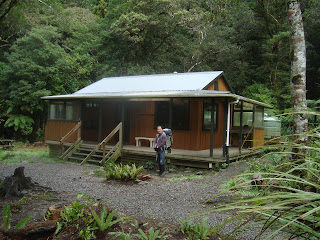 Heading off and had a laugh at the sign with its spelling mistake, someone earlier has had some fun with it. 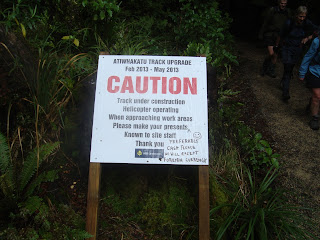 Seems winter or June anyway is a great month for fungi in this forest park. 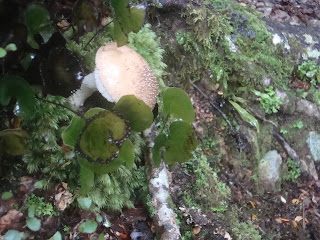 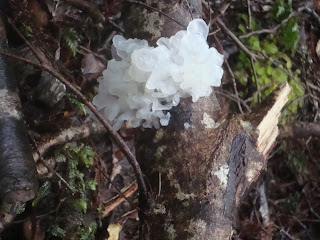 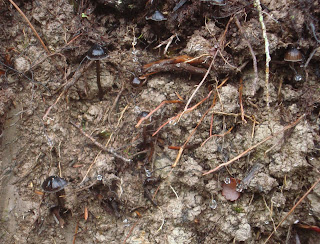 Up on Pig Flat it was clear enough that we could see Powell hut. Headed onto Totara flats hut and approx one kilometer from there was amazed at the new swing bridge heading crossing Totara creek.

Where is that going? Would leave that for tomorrow. Got to the hut and cranked up the fire using the supplied wood and coal; no better reason than to always pay hut tickets. 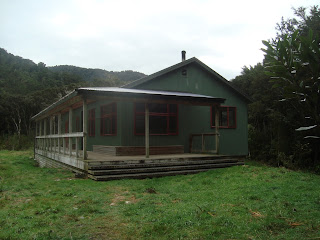 Sunday 16/06/2013
The other group of people got up and left early, I barely woke. Nice to sleep until eight thirty. Then got out of bed and had breakfast and tidied hut. Finally left at nine forty four. The pig rooting just after crossing the main swing is pretty impressive. 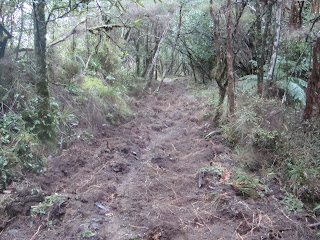 Crossed Totara Creek at the new swing and headed off along five hundred meters of newly graveled track. Swish job. 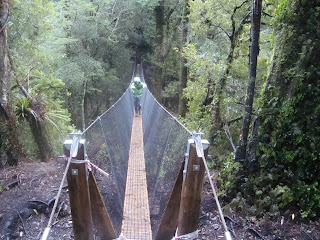 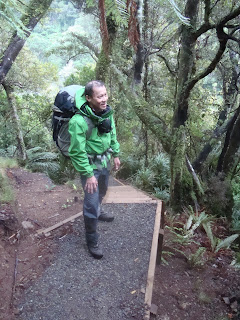 All in all a good tramp with ok weather and observe some really good ongoing and new DOC work. Even with all the lack of funds there is still some good stuff being done for access.

The Map
This map is of the whole trip.

This is of the track using the new DOC swing bridge. It may be the future track for getting to Totara Flats hut as there has been no work done on the West side of Totara Creek. 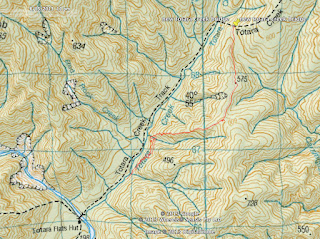