Paul and I off for more explore of Angelus Ridge and wanting to find a way up Angelus via one of the snow filled gullies. Purchased our Angelus hut tickets as per the new DOC nazi regime with an aim to stay Saturday night at Angelus hut.


Friday 19/11/2010
Same as last week, drove to Robert Ridge car park and walked to Coldwater hut before midnight. Started walking at eight thirtyish and got there tennish. Had a whisky before bed, Laphroiag 10yo. 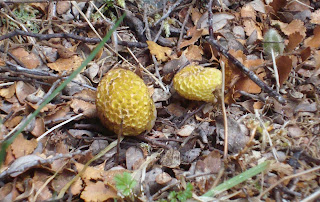 Some rain in the afternoon, sat under a tree for lunch before the end of the valley. 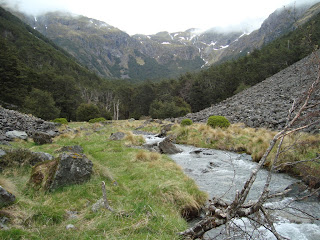 There is something weird under the rocks up here, looks like Peter Jackson leftovers. 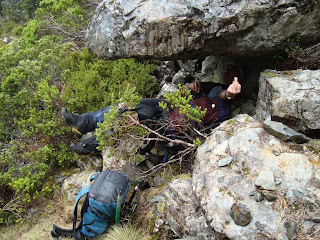 Paul's energy levels zeroed and he lost interest in seeing if we could climb Angelus via the  gully so we split up. He heading directly to the hut and me off to find a way up Angelus. I found an easier way to the gully I wanted to explore, headed across a scree slope and avoided the avo debris. However the gully was not easy to access as a wall of wet rock denied me access to the nice snow that looks like it would lead to the top of Angelus. 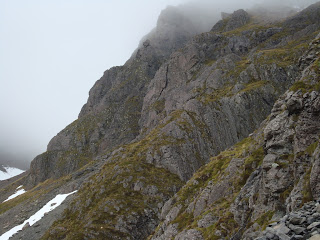 Access denied today so I headed off back down to the Hukure valley to gain the normal track to Angelus hut. On the way invaded what looked like a pregnant chamois dining room. 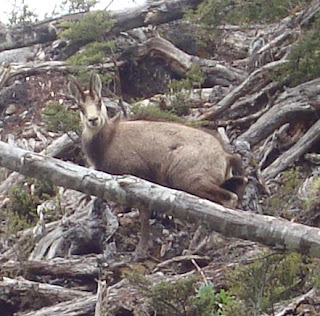 Sunday 21/11/2010
Sunday was forecast as raining on Friday, but was better than Saturday. Climbed up the two unnamed ones on the side of the track on the way out. Some great views, pity Paul didnt have the energy to come up for a look. This is a view of the head of the Cascade valley. 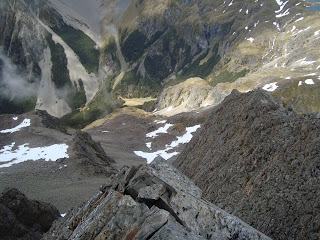 Meet some cyclists on Robert ridge this weekend, and they where happily riding where they not ment to. Oh well laws are made to be broken. 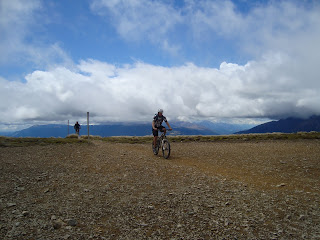 It seems as if everyone is happy to trash National Parks; a dog last weekend and now mountain bikers. If it continues this way we may end up with DOC police in the hills. That would be the end of solitude, imagine a park full of uniforms. Arrggg!