Saturday 10/09/2011
Did not leave Wellington until late afternoon, looked like rain, the Wairarapa was much nicer. Headed off up to Powll hut to be ready for an early start on Sunday. Never been along High Ridge before so no idea what its like.


Sunday 11/09/2011
A clear day out to the Wairarapa, clouds in the West. Headed up for a few minutes to the turn off to High Ridge and then another track not maintained. 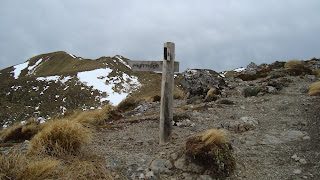 View along High Ridge, with the Wiaohine River. 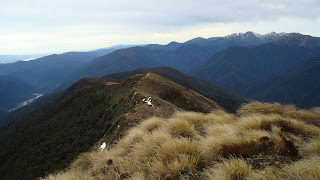 View back to Holdsworth. 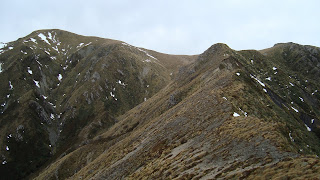 Into the bush, a bit of a squeeze, but once in a nice clearly defined track. 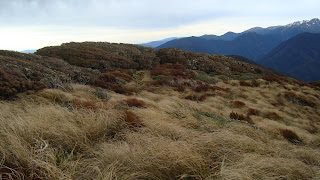 The old sign to Totara Flats, pretty easy trail to here with lots of old style red disc markers and a well worn track. Nice bush. Did loose the track in one place as I followed a trail that lead to tree with markers stating "Not track". Headed back and found the trail again. 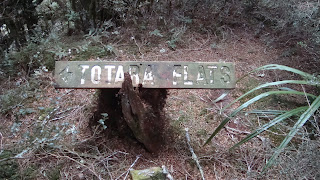 So maybe 5 minutes after descending from the sign I lost the trail. Spent probably 10 minutes looking and then decided that I might as well head straight down, hit a creek and follow it out to Totara creek.  The creek turned out to be Red Rock creek. The going was not too hard, except for the patches of native nettles which are not good to grab hold off. No bluffs and not too much tree fall. Scrubby and slippery on the wet rocks. Started raining once I was in the open. 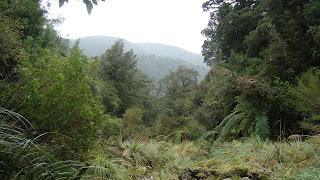 Eventually the creek I was in joined Totara creek and then it was easy going back to the car. Well have to come back and do it again next free weekend as its not a completed track.

Map of Trip
The route along High Ridge is yellow and the lost the track bit is orange. 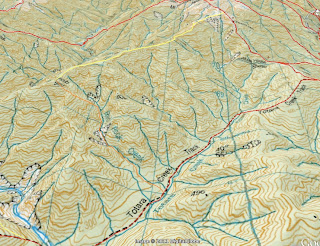 That's interesting to know you can get down Red Rocks Creek. It looks like you turned off a few hundred metres earlier than the "official" old track, which continues along the top of the ridge to Flaxy Knob, and that's easiest to identify because there's an old fallen-over sign that says "flaxy knob", and after that it's just a case of heading down the spur on a bearing (there's a cairn in the trees near the bridge where it comes out). It's just pretty important to avoid veering too far to the right and ending up on the spur that heads south-west, because there's that big slip with all the bluffs in that direction...