Last month I wandered along High Ridge but headed off the wrong side of the ridge and never completed the entire "Track not Maintained"; back for a second go with Carl. We headed off on Saturday afternoon to Holdsworth Road end and then up the hill to Powell Hut for the Saturday night. Sunday up to the top and then along High Ridge to Totara Flats hut and then back out to Holdsworth Road end.

Saturday 15/10/2011
We left Wellington Saturday afternoon and drove to Holdsworth car park, stopping in Carterton for a plate of food. Headed off from the car park to Powell Hut some time after five pm. In the open spots before Rocky Lookout had good views of both Powell and Jumbo huts. Could even see Mitre in the distance. 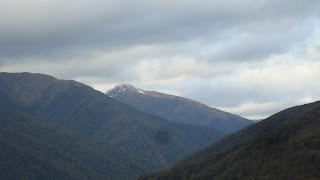 Stopped at Rocky Lookout to yak on the phone and have a general look at things. Ring thing in the rock. 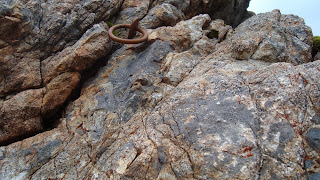 Got to the hut and a group of people where having a birthday party there. Nice and warm. Relaxed and while having a beer snow flakes began to fall.

Sunday 16/10/2011
When we got out of bed we noticed that there was a light snowfall outside. Not too chilly. The snow was more noticeable at the High Ridge sign. 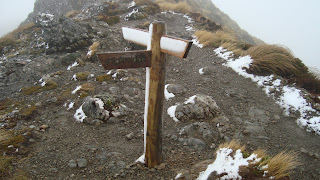 We dropped off our packs here and carried on up to the top of Holdsworth. The cloud clearing as we neared the top. 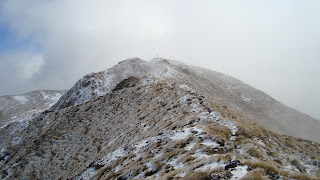 Carl on the top by the Holdsworth trig. 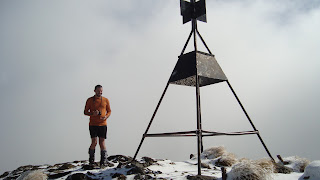 Headed back down to the High Ridge turnoff and then off. Good view looking back along High Ridge to Holdsworth. 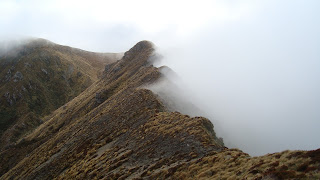 The following is the view SW along High Ridge. 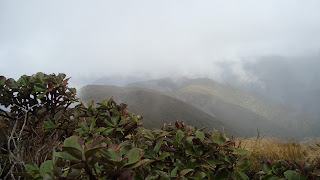 At Flaxy Knob, sign and cairns, this time was different to my last trip; we kept on the western side wherever there was tree fall. As last time I gave up and headed into Red Rock creek. 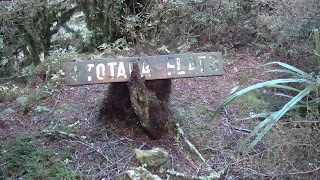 It was a good walk down to Totara Flats hut as the track is well used and easily followed. We stopped at the hut for a meal. Nobody there, big empty hut. Carl in good humor at the Totara Flats turnoff. 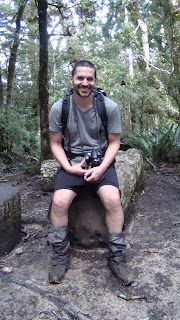 Looking towards the Kings from Rocky Lookout. 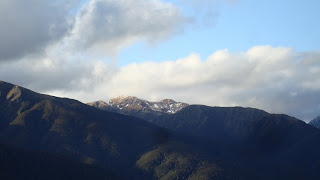 Not too far to the car and a drive home,

I was up Holdsworth the other day and remembered the ring thing in the rock that you took a photo of. I thought it was in the rocks around High Ridge so looked everywhere for it. Rereading your report I should have looked at Rocky Lookout.