Ain't never spent the night in the hut Cone. So I want to sleep there amongst the fumes of the fine spirits from that place far away where they speak kinda strange and do magical things with barley. Sleep dreaming of the Isle of Mull.

Saturday will be a day of walking hard uphill into the quiet mist to be snagged by tree dreams. Old gnarly  giant trees coated in thick green moss ancient before the arrival of man; the forest slayer.

Aims:
▪    On friday evening drive to the Waiohine Gorge road end and walk into Cone hut and taste some Ledaig from the Isle of Mull. If there is no sleep space walk to Tutuwai hut; after the whisky is drunk.
▪    Saturday morning up early and head up to Cone saddle and then to Cone. If weather not too bad go to Neill and back then head along Cone Ridge to Totara Flats hut for Saturday night.
▪    Ride a bicycle and kill an elephant.
▪    Have a tasting of some of the finest single malt Scotch whisky that exist in this time and place; being the Corryvreckan from Islay  giving us a relaxed evening of malted barley and phenol.
▪    Sunday have a leisurely sleep in with a nice walk down the river back to the road end and drive back to Wellington.
▪    Remove any religious matter from huts. 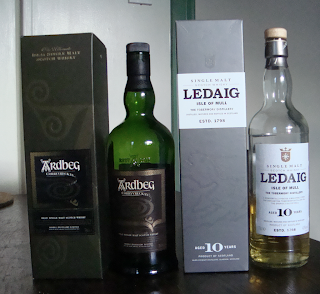 The supplier of the malts Regional Wines and Spirits

16/04/2010 Friday
I and fellow tramper Stuart Little off with a late walking start of 2138 and an arrival before midnight. Still plenty of time to sample the Ledaig 10yo. What a fine dram the taste of young girl friend. A very white wine color, sweet young with subtle saltiness. 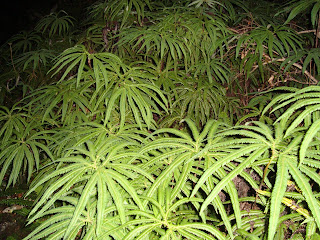 Could smell the smoke of fire long before arrival at Cone hut; interesting in the dark. 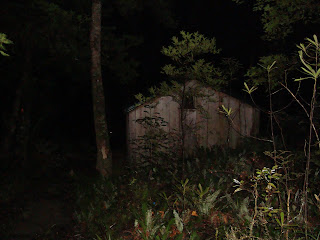 17/04/2010 Saturday
Some days I just cannot be bothered getting up early (nothing to do with whisky).  Headed off at 1011. Observing the artillary.
Places to go.
I be here this weekend and last weekend at about this time I was on the oppisite side on the Tararua Peaks; those two mud topped hills making the V.
The top of Cone has some very picturesque tarns. Was a great place for a cup of coffee.
Looking back at Cone before getting deep into the goblin forest.
Looking up the trunk of one of the large trees; these are the beasts that snag you with tree dreams when its dark and you are well and truely down the rabbit hole.

Arrived before five at Totara Flats hut, very popular this weekend, had a few drams of Ardbeg's extremely tasty Coryvreckan while waiting for Stuart Little.
A fine meal of rice with vegetables followed by more of the Vreckan.

Looking down the river near the flats of the last hut. The bridge before the car park, look down at the one deep pool and have a think about dropping off the bridge into it :-).
Map of Walk 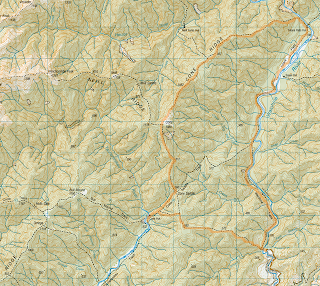 A final note:  The huts where clean; no religious matter was to be found and the fish grew more legs.