Aims
The malt for this trip is Caol Ila 8yo cask strength unpeated:

Seen a snail in the dark on the way up there, my head torch lite it up and by the time I took a photo it was halfway back into its shell. 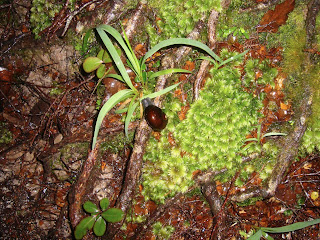 So we walked to Waiophehu and I got there about 2 am with big large dots of rain falling down and someone else arrived 30 minutes later. 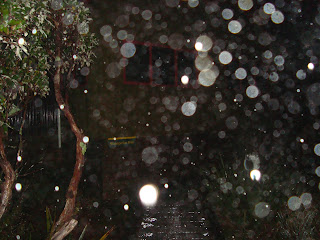 Saturday 14/08/2010
We woke up late and wandered off to Te Matawai and got the fire going and crashed.

Sunday 15/08/2010
A leisurely sleep in and tidy up of the hut. Up the hill to the turn off and down to Girdlestone Saddle. Nice walk with a good view into the Mangahao valley and view of Triangle spur. 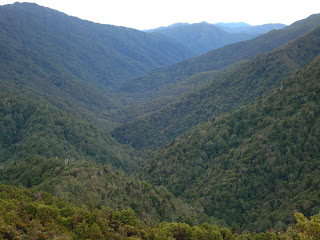 At Girdlestone saddle we took the fork to Dowling Falls and meet a solitary tramper on his way up. Worn and tagged track into the creek then 10 minutes down theres a tagged track that heads up onto a spur that bypasses the waterfull. We headed on down to the waterfall for a look. Its a narrow steep sided gully, very slippery and looks like it has at least two steps to it. Will be back in the summertime with a rope and slings to go down it. 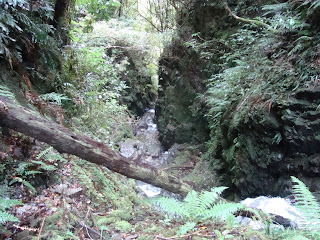 Backup to the waterfall sidle track and on down into the Ohau. Not far at all to South Ohau hut. Its really not that bad and theres more of a track than the map lets on.Spotted this very good example of the birds egg fungi just before South Ohau. 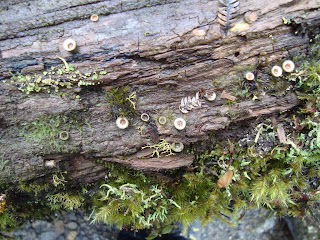 And not far from the hut is this unfortunate beast in the creek. 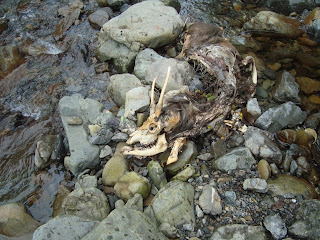 After lunch at South Ohau hut we where off down South Ohau again, water level up after Fridays rain so plenty of wading in the creek. 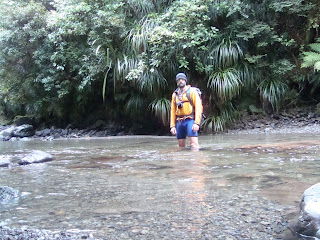 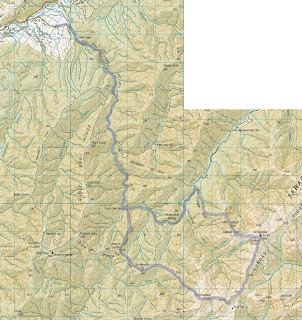 Sweep out the dirt the dust and the religious tract. Left only footprints. If there where rules to follow (not that I would) nowhere does it say leave bibles.

The number of fish that grow legs and walked away is not on the increase yet.