Speargrass Hut and some other Ridge


Tariga and I decided that we would do a bit of a blast into Nelson Lakes for a few days. Somehow it got truncated to an over nigh trip. At least we threw in a random ridge on the way out. Thought it would be a bush bash but turned out to have a well trodden path on it.

Thursday 03/01/2013
Drove away from Nelson on a sunny Thursday morning and got to St Arnaud and had lunch at the Lodge. Good food and coffee. A prep for the walk into Speargrass. Drove up to the Robert Ridge car park and after being stuck behind a shalom mobile at 5km an hour I finally managed to fish tail past them at high speed hopefully scaring the shit out of them. Ready to go. 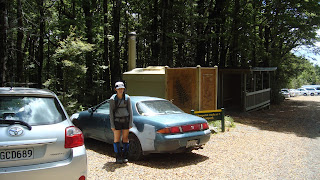 And so we was off and had fun thru one river and got wet feet, almost like the T-rua's. 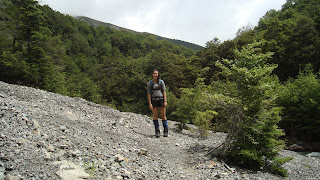 And just about at the hut and there is a missing bridge! Almost empty hut, just a warden 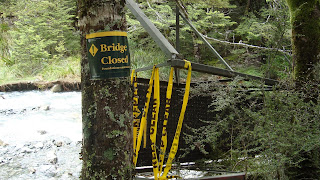 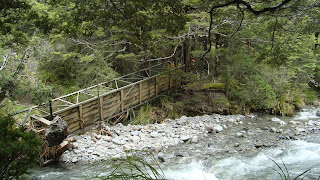 So we got to the hut and made food tea and settled in. I went for a walk up valley to check the place out. Got back and the hut was full. 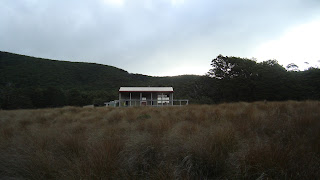 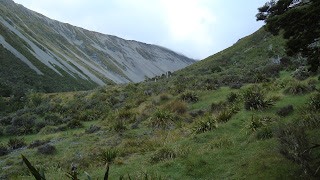 Friday 04/01/2013
After a night of bad sleeping in a hot stuffy hut we decided that we would head out, so a ridge we had never walked become our objective. The one in the foreground. 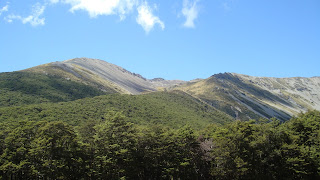 So we headed off after a decent interval of eating drinking and giving the hut a sweep. 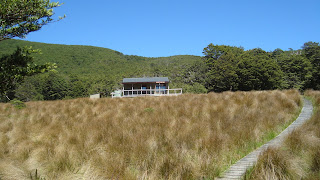 It was very easy to get onto the ridge and we quickly discovered a nice trail and soon we came across the remains of a departed possum. 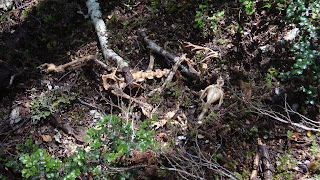 And on we went up the gentle ridge and near the end of the forest we decided to stop for snack time. 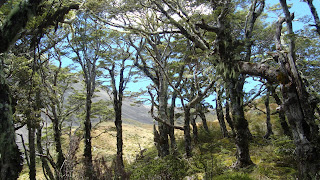 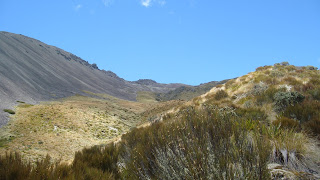 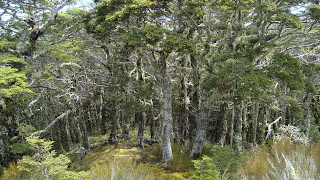 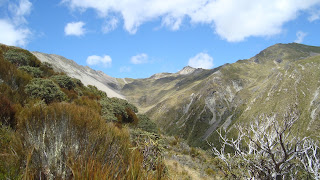 We heard some weird rattling and humming noises and spotted a glider out cruising. 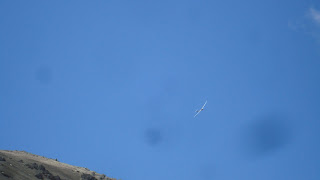 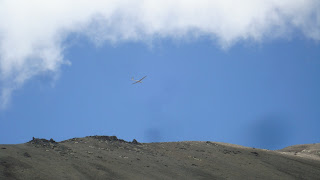 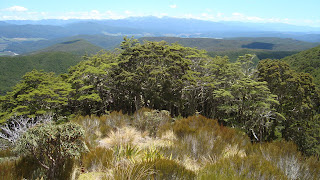 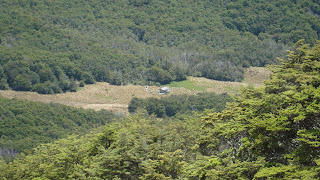 Spent some time checking out the grass hoppers, as there where a lot of them hopping around and the green ones where the most obvious. 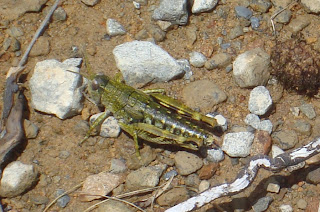 Then there was the Tariga on the ridge. 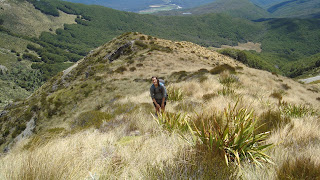 More Tariga in the grass. 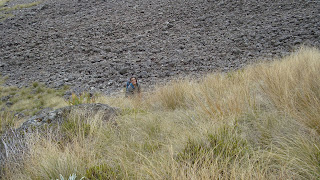 And even more Tariga in the rock field. 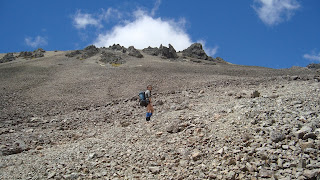 With some views of the very yummy Nelson Lake mountains. 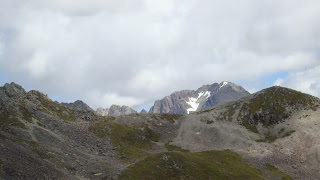 And towards the end some low hanging cloud 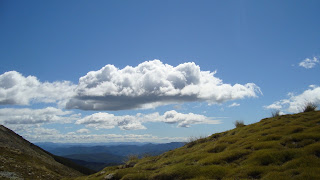 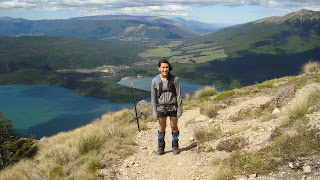 And finally the end, as this is the car in the carpark and we are off back to Nelson. 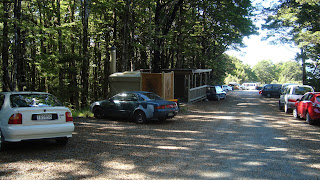 And this trip had no whisky as a new year resolution is to deny oneself for a while...